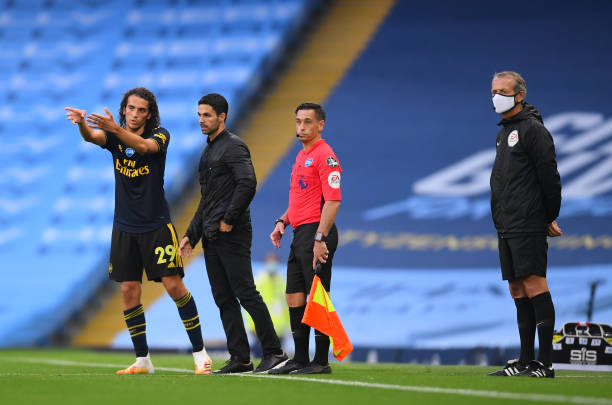 Arsenal completed the signing of Matteo Guendouzi in the 2019 summer transfer window and he had an impressive start to life at the Emirates Stadium as he competed with the best in the league despite being a young player. Matteo Guendouzi’s career at Arsenal went downhill after the arrival of Mikel Arteta since the Spanish coach seemed not to be a big fan of the young Frenchman and his antics.

Matteo Guendouzi did however receive some changes under Mikel Arteta such as in the famously Arsenal’s game against Brighton & Hove Albion in which Neil Maupay injured Bernd Leno which pissed off the young French central midfielder. Guendouzi lost his temper at one time and was seen kind of choking Maupay hence Mikel Arteta disciplining him by not giving him chances in the matchday squad anymore for a while.

Matteo Guendouzi was last season loaned to France since he wanted minutes and it looked like Mikel Arteta hadn’t changed his mind about the player, and he this summer left the Emirates Stadium on a permanent deal. Guendouzi has for the first time given his side of the story confirming that he indeed didn’t have the best relationship with Arteta and said that he left the gunners to get minutes.

“It’s true that I didn’t have the best relationship with him. Beyond that, I always tried to work, always gave the maximum of myself in training and in matches. I still play a few matches with him, I still did great performances.” Matteo Guendouzi told BeIN Sports.

“He preferred other players and I respect that decision. That’s why, afterwards, I also decided to leave because I was still young, I needed playing time to continue to progress. The most important when you’re young is to play.”

Mikel Arteta reveals what he learned from his mentor Pep Guardiola