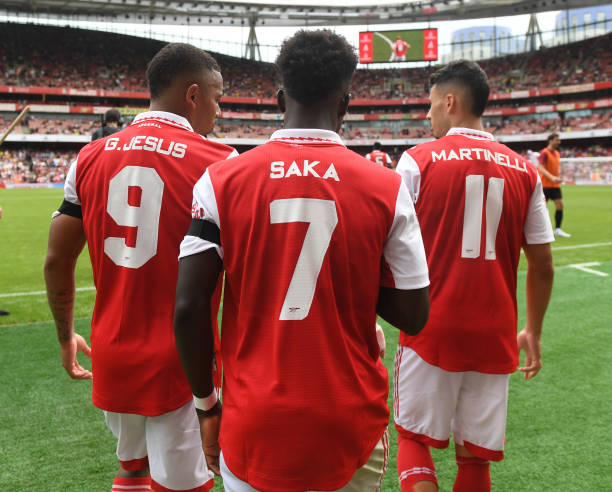 Arsenal has received universal praise for its impressive start to the new campaign as they find themselves on top of the Premier League and there has been recent reports that the gunners would love to extend the contracts of some of their top young players such as Bukayo Saka, Gabriel Martinelli and William Saliba. Arsenal manager Mikel Arteta has today revealed an update on the contract extension of these three players.

William Saliba who is a newcomer despite having been in Arsenal books for two years has finally gotten his chance this season and shown his talent to the world as he is now considered to be one of the most important players at the Emirates Stadium at the moment.

There has been reports that Arsenal is currently in talks to extend the contracts of Saka, Martinelli and Saliba at the same time and Mikel Arteta has today provided a good update which confirmed the reports to have been true.

“We have to plan for the future. We are all working on it. We will reward the players that have a big future for the club. When we have something to announce, we will do it.” Mikel Arteta told reporters.

Reiss Nelson reveals whether he wants to leave Arsenal