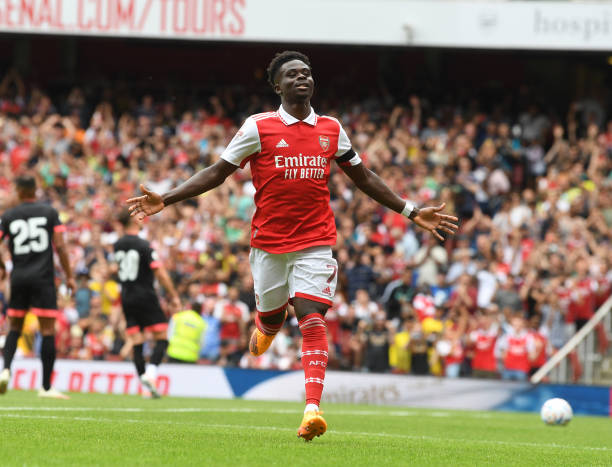 Arsenal winger Bukayo Saka has returned to full training today after he was forced to come off against Nottingham Forest on Sunday.

Saka’s return to full training means he could be in line to start against Chelsea on Sunday. His return is also a huge boost for the England national team with a few weeks left until the start of the World Cup.

The Lord is my Strength 😃 pic.twitter.com/AhTjtyEe71

The 21-year-old has been in fine form for the Gunners with four goals and five assists in 12 league games, playing a crucial role to Mikel Arteta’s set-up.

Arsenal tomorrow face FC Zurich in the final Europa League group game. Arteta will be looking to win that game and finish top of the group before facing Chelsea at Stamford Bridge.