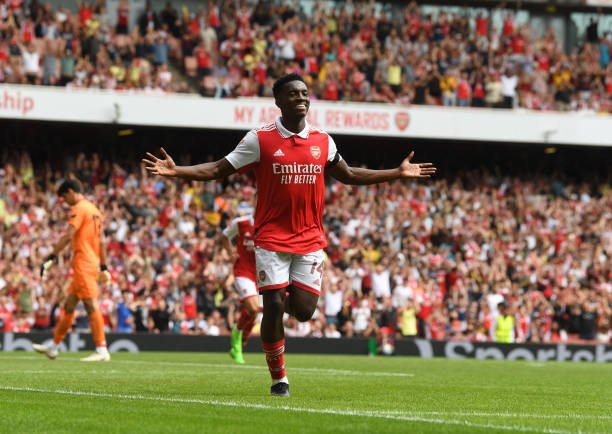 The Carabao Cup for the 2022/23 campaign has arrived and Arsenal will face Brighton & Hove Albion at the Emirates Stadium. This will be a match that will likely see Mikel Arteta make very many changes to their usual Premier League squad and so we today take a look at the predicted lineup of Arsenal that will face Brighton & Hove Albion on Wednesday.

Matt Turner has been getting chances in the non Premier League matches and so he will likely be in between the goal posts against Brighton.

Mikel Arteta will likely use Holding and Gabriel as the centre backs for the day while Cedric Soares & Kieran Tierney will be used as fullbacks.

Mohamed Elneny is believed to be back in training and so he could make his return against Brighton, and he will likely be paired with Sambi Lokonga.

Marquinhos and Reiss Nelson will definitely be Arsenal’s wingers for Wednesday’s game against Brighton while Vieira is used as a central attacking midfielder.

All eyes will be on Eddie Nketiah as he will once again get another chance to showcase his talent and he will hopefully try to impress Mikel Arteta.