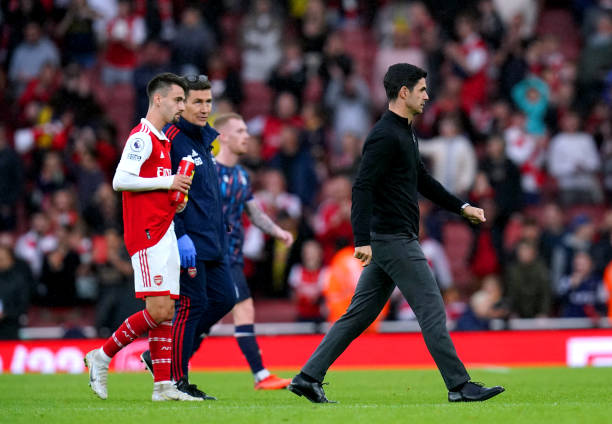 The Premier League returned to the Emirates Stadium on Tuesday when Arsenal faced Newcastle United a side that has in the the past few months surprised everyone this season with how it has improved. The gunners hoped to extend the gap between them and Manchester City by beating Newcastle United but they were however unable and Arsenal legend Ian Wright has revealed what the club needs to do to sustain title challenge.

Manchester City made a draw at the weekend in a match against Everton and all Arsenal supporters were looking forward to this Newcastle United game as a win there would have propelled them further ahead on the league table since the next game of the Champions will be against Chelsea. Arsenal legend Ian Wright was obviously disappointed with the 0-0 draw with Newcastle United and claimed that it’s a game that shows what they need to do to be able to compete.

“I think what Arsenal lacked today was something off the bench.” Wright told Premier League Productions.

“Hopefully Emile Smith Rowe will get himself fit and hopefully something may happen in January because I think we are going to need something.”

“When you look at the subs today, Tomiyasu came off the bench, a defender, when we really need a forward, someone offensive who can contribute towards the game further up a bit.”

Arteta’s Arsenal receives good news ahead of their next game