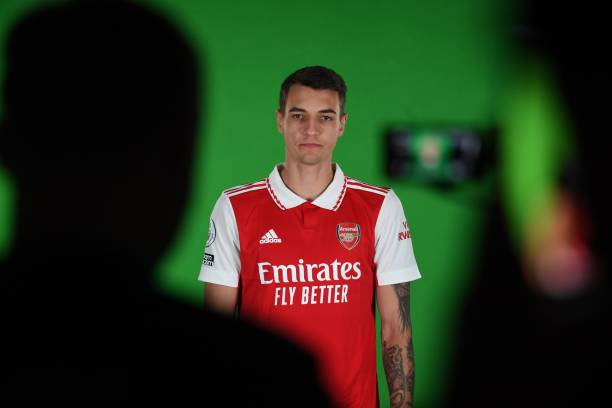 Arsenal have announced the signing of 22 year old centre back, Jakub Kiwior, from Spezia for €25million.

Kiwior is considered one of the most promising young talents in Europe with his ability to read the game quickly as well as his impressive passing . He has already made over 30 appearances in Italy’s top division, making him a highly experienced player at such a young age. The UEFA Europa League will soon start and gooners will be eagerly following Arsenal live scores to see whether Jakub Kiwior will keep them clean sheets since that’s where he will likely get his first matches as a gunner.

The Polish defender joins Arsenal with high hopes of bringing stability and consistency to their defence for the future as he is still young.  Previous signings William Saliba and Gabriel Magalhaes have begun to build an imposing backline but Mikel Arteta will hope that Kiwior can add more quality as he makes the transition from Serie A to the Premier League.

Since announcing his move to London, Kiwior has sent out a message to Arsenal fans across England and across the world.

“When I saw my name on an Arsenal shirt for the first time, I just laughed! I was so happy to see my name on the shirt of such a huge club. For me, it’s an incredibly happy moment and the pinnacle to play for such a big club.” Jakub Kiwior told Arsenal Media.

“I’ve always dreamt of playing in the Premier League. I knew it wouldn’t be easy, and if I got the chance, then I knew I’d have to make the most of it because it was one of my biggest dreams. For me, it’s the best league. I’m thrilled to be here.”