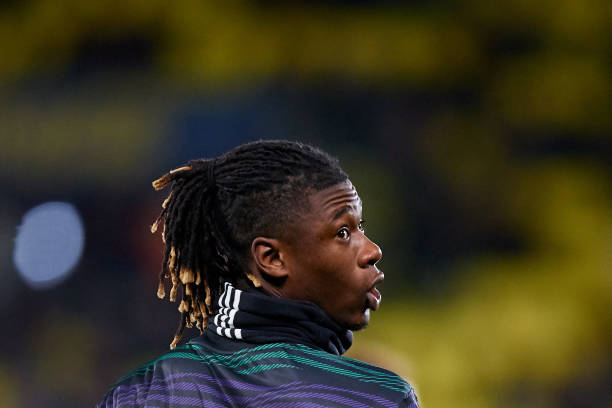 The transfer talk involving midfielder Eduardo Camavinga continues to circulate after a flurry of speculation over the past couple of days linking him with a loan move to Arsenal from Real Madrid.

However, the player’s agent Joshua Barnett has poured cold water on the rumours and has been quick to rubbish reports of an imminent move. Speaking to Fabrizio Romano , Barnett said: “There’s no truth. Of course every club in the world would want him, but he’s very happy in Real Madrid and Real Madrid are very happy with Camavinga”.

Camavinga made history when he became the youngest ever player to appear in Ligue 1 for Rennes. In recent seasons he’s become one of the standout midfielders in France’s top flight and was called up for national duty by Didier Deschamps last year for the 2022 World Cup in Qatar.

Real Madrid have held interest in Camavinga since 2019, but were reluctant to pursue a deal until they found out how his career would shape up when he hit senior level. This led them to finally make their move last summer – transferring Camavinga from Rennes where he spent three seasons.

It appears that Barnett has moved swiftly to try to put an end to all transfer gossip linking his client away from Los Blancos as rumours had begun spreading around Europe that Arsenal were interested in seeing what Camavinga could offer them during a half season loan stint which would have enabled them get to know him further without having any obligation to sign further down the line.