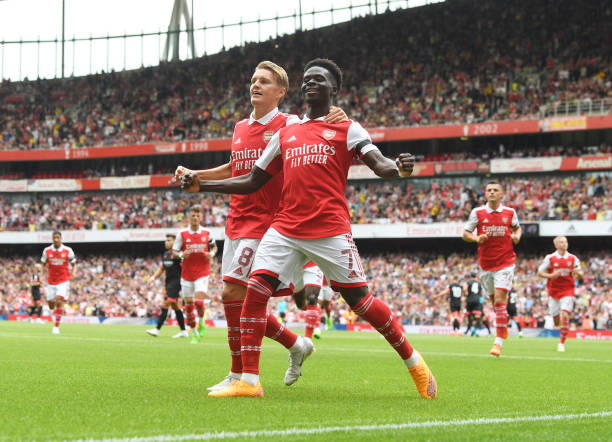 ( Odegaard and Saka / Photo via Getty )

The Premier League went on a break in November and large parts of December for the accommodation of the 2022 Qatar World Cup and Arsenal returned to action a few weeks back after the end of the world tournament. Arsenal have won twice of the two matches that they played in December and the gunners have seen two of their players get nominated for the their fantastic performances so here’s a guide on how to vote.

Arsenal’s duo Bukayo Saka and Martin Odegaard have been nominated for the Premier League player of the month award and you can vote for them by clicking on the below link.

Arsenal captain Martin Odegaard is an outstanding midfielder and he has really stepped up this season, and he has proved everyone wrong that doubted him when he was given the captain armband. In the month of December, Martin Odegaard got three assists as well as scoring two goals in the matches against West Ham United and Brighton & Hove Albion.

Arsenal youngster Bukayo Saka has been outstanding this season as some believed that the gunners wouldn’t have been able to compete if he was one of their main wingers but he is now always assured of a spot in the starting eleven. Bukayo Saka scored two goals in the matches of December.

Report: Two good Arsenal players that will get play time against Oxford United