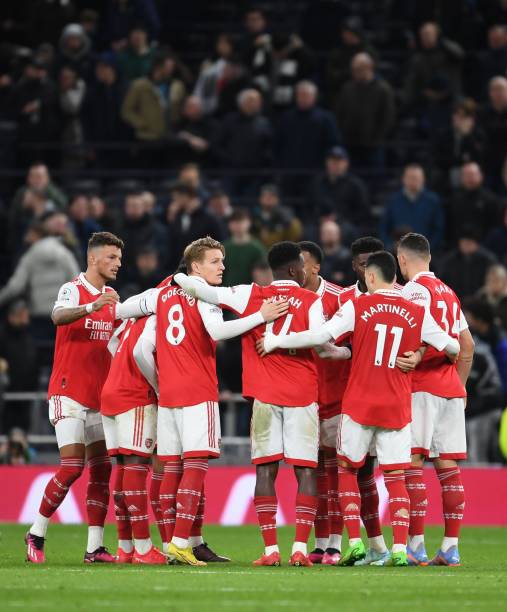 Arsenal has been one of the best clubs in Europe this season as they find themselves on top of the Premier League which is considered the hardest league in the whole world. You probably can’t find any person more happy than Mikel Arteta and his squad since its just a few months ago that things seemed very grim for the future of the North London club but one “prophet” Jose Mourinho predicted what we are seeing now.

Arsenal two years ago played against Tottenham Hotspur in one of the most desperate times of Mikel Arteta’s future and the gunners lost the game 2 nil despite putting up a decent fight against the then Spurs of Jose Mourinho. Jose Mourinho however made some statement that could now see football fans call him “prophet” as he claimed that what he had witnessed in the game showed him that the gunners were building something with Mikel Arteta, and even boldly claimed that the gunners boss would take them back to the old glorious Arsenal.

“I want to give good words and congratulations to Mikel because he gave us a very difficult game.” Mourinho said at full-time as per Football.London.

“Tactically, they are very good, they were very well organised, they were building with four, defending with five. Then in the second half, they tried to find triangles on the side and they gave us problems, problems that we managed to resolve because the players in this moment have good tactical culture.”

“I can imagine tomorrow there, that the headlines will be about them not being in a good position on the table. But I believe with these players, with Mikel, Arsenal will be Arsenal again.”