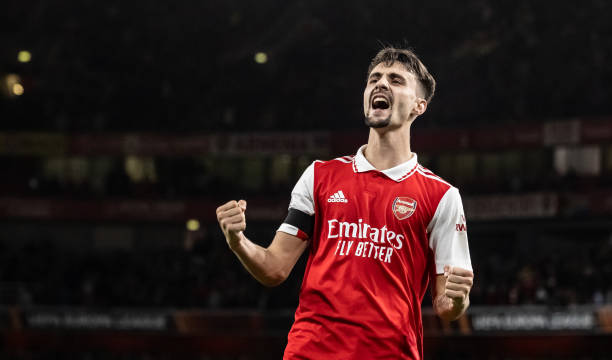 The Emirates FA Cup third round will return this weekend and Arsenal will face Oxford United away from home, and Mikel Arteta will wish that they progress to the next stage since they last season got beat one nil by  Nottingham Forest at this stage. This will be a match that Mikel Arteta will use to give play time to his other players that haven’t started in the Premier League, and so we take a look at two good players that will get an opportunity.

Arsenal completed the signing of Fabio Vieira in the summer transfer window and he has had some good performances in the UEFA Europa League already but hasn’t got some good number of minutes in the Premier League. Fabio Vieira will on Monday get an opportunity to showcase his talent to Mikel Arteta with the hope that it will convince him to get more chances in the league.

Marquinhos has been outstanding in all the chances that he has got in the UEFA Europa League and the match against Oxford United will be another opportunity for him to challenge for a spot in the lineup mostly used in the league. This will be a perfect match for Marquinhos as they will need him to break down the defence of Oxford United