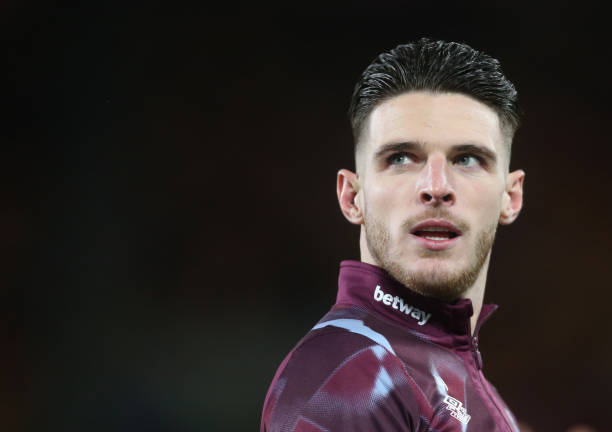 Arsenal are looking to make a major signing in the summer to add more depth to their squad and the club has set its sights on Declan Rice, one of England’s best midfielders. The West Ham United midfielder has been courted by Arsenal for some time but the Premier League giants have now upped their interest with reports suggesting that the Gunners are now ready to make a significant offer for his services in the summer transfer window.

The 24-year-old has been one of West Ham’s most important players since breaking into the first team in 2016 and he is widely regarded as one of the best holding midfielders in the league. His defensive skills have also attracted big clubs wanting to strengthen their midfield and it appears that Arsenal are now frontrunners in the race to sign him.

Rice is sure to face a difficult decision if Arsenal make a concrete offer, as his current side, West Ham United value Declan Rice at £100million. However, with Rice’s contract set to expire in 2024, they might be willing to accept an offer of around £80million for their star player.

A report by The Guardian has revealed that one factor that could sway Rice’s decision towards joining Arsenal over London rivals Chelsea is manager Mikel Arteta. The Spanish boss has already shown what he can do with a young squad having won one FA Cup already during his reign at Arsenal and the gunners are likely to win this year’s Premier League title.

Only time will tell who wins the race for Rice in the summer but what looks certain is that whichever lucky club manages to secure his signature will be getting an outstanding talent capable of making great things happen on any pitch he steps foot on.

Report: When will Arsenal announce the signing of Jakub Kiwior