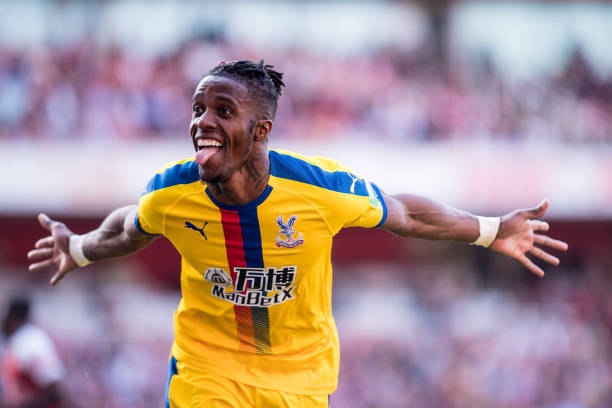 It’s no secret that Arsenal boss Unai Emery wants a new winger in his squad in this summer transfer window and Wilfried Zaha has been among the players that the gunners are reportedly interested in. The Ivorian international is one of the best wingers in the Premier League and the gunners are preparing an offer for him according to reports.

Wilfried Zaha is an exceptional winger and he even embarrassed the gunners at the Emirates Stadium last season, and he has already been linked with many clubs but it’s worth noting that he said that Arsenal is his dream club since he has been supporting it ever since he was a kid. Sky Sports has confirmed that Wilfried Zaha wants a move to Arsenal and that he has told Crystal Palace of his desire to come to the Emirates Stadium who have for long been interested in him.

Arsenal will however have a hard time in trying to sign Wilfried Zaha as the report claims that Crystal Palace have set an asking price of £80million because of the sell on clause that Manchester United put in the deal that saw the 26-year-old join the Eagles in 2015. Most reports have claimed that Arsenal boss Unai Emery is a big fan of Wilfried Zaha and that he is urging the club to get him in this window.

The gunners will probably make a low bid because they are still yet to sign their other targets like Kieran Tierney whose club rejected a second bid today. Zaha’s move to Arsenal could involve players or the club could either sell Lacazette or Aubameyang to facilitate it. Wilfried Zaha is now in Egypt for the African Cup Of Nations but will be returning to England as soon as the competition ends later on in July.