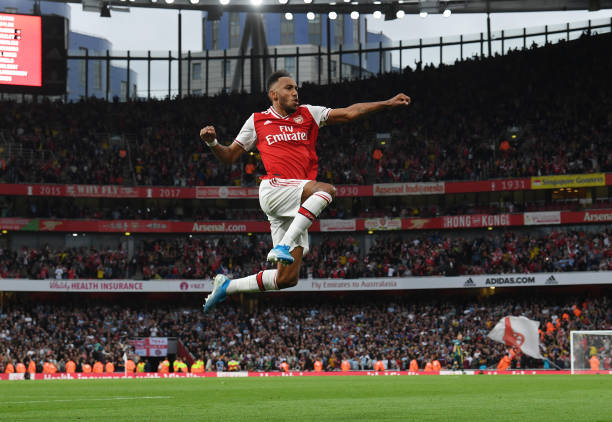 Arsenal will in the coming months have a had time in trying to keep Pierre-Emerick Aubameyang at the club when he has entered into the final year of his current deal at the Emirates Stadium. Aubameyang has been linked with many clubs in the last few weeks but Arsenal’s chances of keeping him might have increased after an action from one of the clubs interested in him.

Aubameyang has scored 17 goals in the Premier League this season and it is said that he could ditch the gunners to go to a club to challenge for trophies and Chelsea was one of the clubs that was most interested in him as most reports claimed that they thought he could be the person to give Tammy Abraham competition since Olivier Giroud is inconsistent.

Arsenal’s chances of keeping Aubameyang might have however increased after various reports including Sky Sports have confirmed that Chelsea have agreed a deal in principle with RB Leipzig to sign Timo Werner who has been impressive in the Bundesliga and UEFA Champions League this season. This will come as good news for the North Londoners because this means that Chelsea will now end their interest in Aubameyang since they wouldn’t able to afford both of them in the same transfer window.

Arsenal have for long been raised by their rivals like when Robin Van Persie went to Manchester United or like when they also managed to get Alexis Sanchez after the gunners had found themselves in a position similar to that of Aubameyang. Chelsea have been better than Arsenal this season and so the gooners were afraid that Aubameyang would be tempted to joining The Blues since they have more chances of challenging for the Premier League table next season than the gunners but they will now be happy that they only need to worry about foreign clubs that are interested in him.

Report: Thomas Partey sets timeframe on when he will make his future clear amid Arsenal’s interest