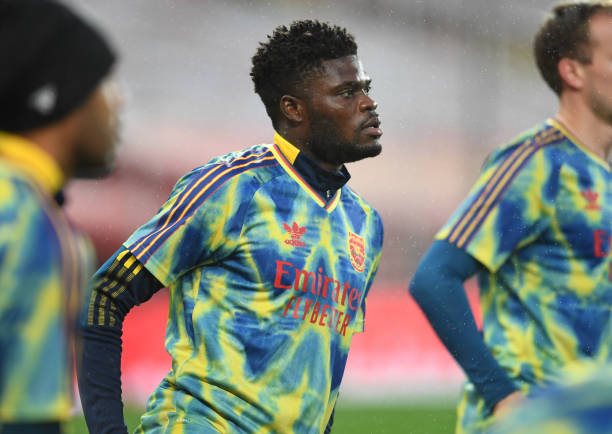 Arsenal will today face Burnley away from home and this will be a perfect opportunity for Mikel Arteta to try to get closer to the Premier League top six since some have started dropping points.  Arsenal boss Mikel Arteta will hope to start a lineup that would get a better result than which lost to Burnley at home a few months ago and so let’s take a look at his predicted lineup with all eyes on Granit Xhaka and Thomas Partey.

Bernd Leno will definitely not be rested in the game against Burnley even though there’s an important European game ahead as chances of goalkeepers getting injured are usually low. So since he is the first choice goalkeeper, he will start.

Cedric Soares will get another chance to prove that he is better at right back after his impressive performance against The Foxes and Mari will also hope to do the same. So Arsenal’s back four will consist of Cedric, Mari, Luiz and Tierney.

Arsenal boss Mikel Arteta will likely use the partnership of Thomas Partey and Granit Xhaka today to see if they can be ready in their UEFA Europa League round of 16 game. All eyes will be on this duo as the gunners will need them at their best to progress in Europe.

Emile Smith Rowe is a doubt for this game and so Martin Odegaard will start as the central attacking midfielder while Willian and Pepe start on the flanks as they did last weekend.

Alexandre Lacazette scored a goal last weekend in the win against Leicester City and so he will fully deserve to start this game as Aubameyang will be rested for the European games.

Arsenal takeover: All you need to know about Aliko Dangote’s interest in buying Arsenal