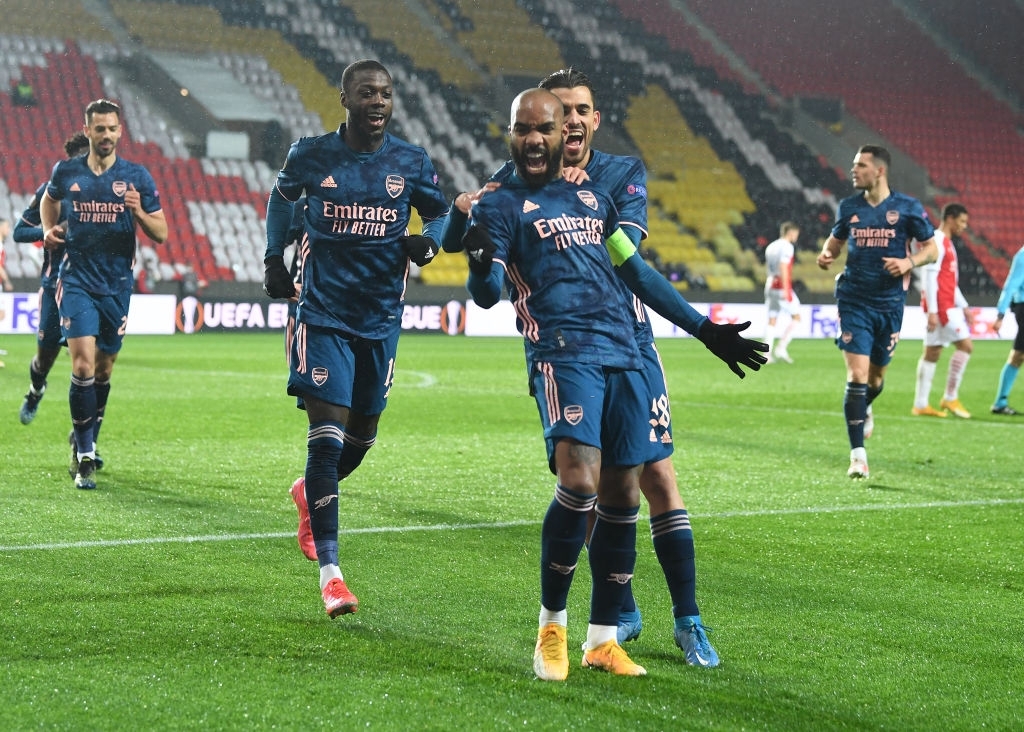 Lacazette celebrates scoring a goal with his teammates. (Photo by Stuart MacFarlane/Arsenal FC via Getty Images)

Arsenal had a comfortable 4-0 win against Slavia Prague in the Czech republic yesterday despite the pressure they had to endure.

Goals from Lacazette, Saka and Pepe gave Arsenal a three goal lead as early as the 24th minute, Lacazette eventually got a second goal for himself in the second half.

On aggregate Arsenal won 5-1 to set up an exciting semifinal clash with Spanish side Villarreal. Villarreal progressed with an aggregate score of 3-1 against Dinamo Zagreb.

It will be an interesting fixture because Villarreal are coached by former Arsenal boss Unai Emery, both sides will have a point to prove in this encounter.

Unai Emery will be up against his former side. (Photo by Julian Finney/Getty Images)

This will be Arsenal’s third Europa League semifinal in four seasons. In 2017/18 Atletico Madrid knocked Arsenal out at this stage, the following season Arsenal went past this stage but came short in the finals.