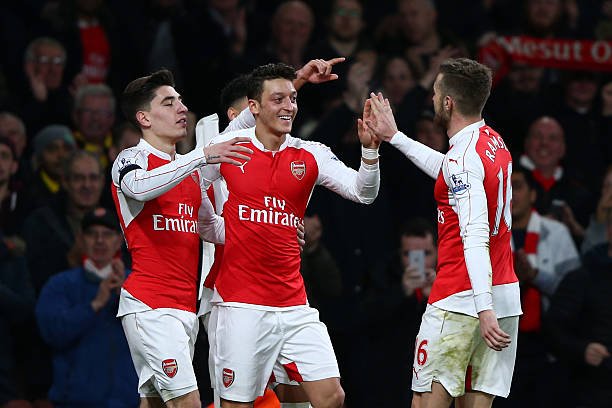 The gunners will be facing West Brom Albion on Monday as they will be hoping to get their 3rd win of the season after making a goalless draw with Chelsea at the Stamford Bridge last weekend. Arsenal have had a poor start to the season in their history as they have only won 2 games since this season’s EPL campaign begun and have faced strong criticism from their supporters ever since the season kicked off in August. The gunners will this time be hosting West Brom Albion at the Emirates stadium tomorrow and it will be a must win for the north londoners because their manager Arsene Wenger is now under pressure to deliver good results.

Arsenal will be hoping to show the same fighting spirit they showed when they faced the blues because most of the football pundits have said how that match indicates that they still have hopes of making a charge for the English Premier League this season although having begun it on a poor note which has made many football lovers write off the London club on the teams that are capable of fighting for the title. The gunners will be hoping to see the performance of their new signing Alexandre Lacazette, Mesut Ozil along Alexis Sanchez all together starting in the same match because it is something the supporters have craved for ever since the season begun.

Arsenal and West Brom Albion have met a surprising 108 times ever since the formation of these clubs and the gunners have won 70 of those matches and lost 38 times while drawing 30. The most recent match these two clubs have met was on 18th March,2016 and that match ended 3-1 in favour of West Brom Albion but the gunners will hope that a different story is written tomorrow because they will need this win because the other top rivals won their respective matches.

According to the statistics,this match will be very important to both parties because they need this win to move a bit above on the positions they are in this time so it will be a much heated match which will need Arsenal player to be at their best because West Brom Albion has been a club that usually gives Arsene Wenger‘s men in the recent past seasons.