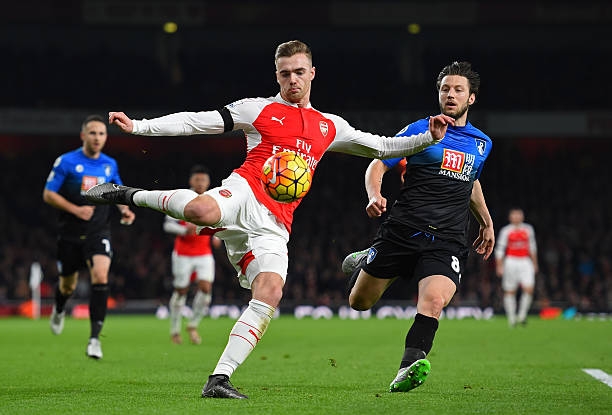 Arsenal defender Calum Chambers decided to stay at the Emirates stadium for much longer time yesterday as he put pen to paper for a new 2 year contract extension yesterday. Here is the statement the young defender made after it was revealed that he was gonna stay at Arsenal.

The Englishman hopes to win many trophies with the gunners,said the player as you can see in above communication.

There was a lot of reaction from the Arsenal supporters after it was announced that Calum Chambers had extended his stay at the Emirates stadium for more years. Check out some best tweets from gooners on Calum Chambers‘ contract renewal.

Congratulations Chambers for extending your contract with Arsenal Football Club really pleased for you. All the best! #WeAreTheArsenal ⚽️??

Hope to see you captain our club one day.

his defending isn’t that good

his defending isn’t that bad

The gunners are disappointed with the Arsenal officials for minding about extending contracts of less important players like Calum Chambers while there are top best players like Mesut Ozil and Alexis Sanchez whose contracts expire in next year’s summer.

Sanchez Not To Start Watford Match