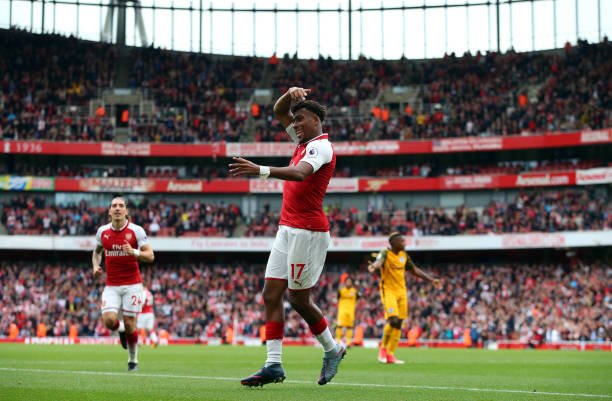 Arsenal have got all the three points in their encounter against Brighton & Hove Albion thanks to goals from Alex Iwobi and Nacho Monreal who scored the only goals in the afternoon kickoff at the Emirates stadium today.

Disclosure: The video above does not belong to us and credit goes to whoever made and created this video. We won’t be responsible if its taken down but we apologise if that happens

This win takes the gunners into the 5th position just only four spots away from the log leaders and they will be hoping to keep up the good performance and start from where they left from after the international break.

Arsenal dominated the whole match and mostly in the 2nd half where they totally outclassed the Brighton Hove Albion squad and just squeezing them half ground as the Seagulls had only one option which was just to defend and were very lucky to have conceded only two goals because the gunners missed many chances throughout the match.