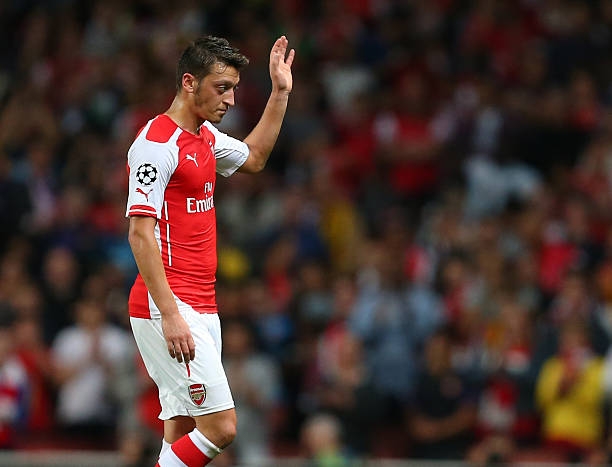 There has been continuous reports linking Mesut Ozil to Barcelona in these past few weeks but the gunners have now received good news that can stop him from joining the Catalans.

Mesut Ozil has only a few months remaining on his current contract which will soon expire at the end of this season but it said that the German international wants to leave the Emirates stadium in the January window because he is fed up of being in the London city.

The gunners have received some interesting news which could somehow block the transfer of Mesut Ozil to Barcelona in these January transfer window, according to the MIRROR, Barcelona star Lionel Messi is disappointed with the rumours that have been circulating of Ozil joining the Spanish giants in the January transfer window. It is said that the Argentina national thinks that it is a very bad idea for his club to try and sign the German international because he is very old now (29) which means he could only be used for a few seasons.

It is said that Lionel Messi is very influential in most decisions made at Barcelona because he is very respected at the club so him not welcoming the decision made by the club to sign Mesut Ozil might turn things around leaving Catalans no choice to just let go of the deal. It is said that Messi wants Barcelona to instead make a move for Liverpool star Phillipe Coutinho who has been a long term target for the Spanish giants.

This comes after it was reported that Mesut Ozil had agreed a deal with Barcelona and was very ready to leave the Emirates stadium in the January transfer window. This will come as good news to gunners because they will be hoping that their star playmaker changes his mind and opts to sign a new deal in order to extend his stay at the Emirates stadium.

The gunners were hoping to see more of the AOL ( ALEXIS,OZIL,LACAZETTE) so it will be disheartening if he leaves yet they had started developing a great fantastic attack trio.