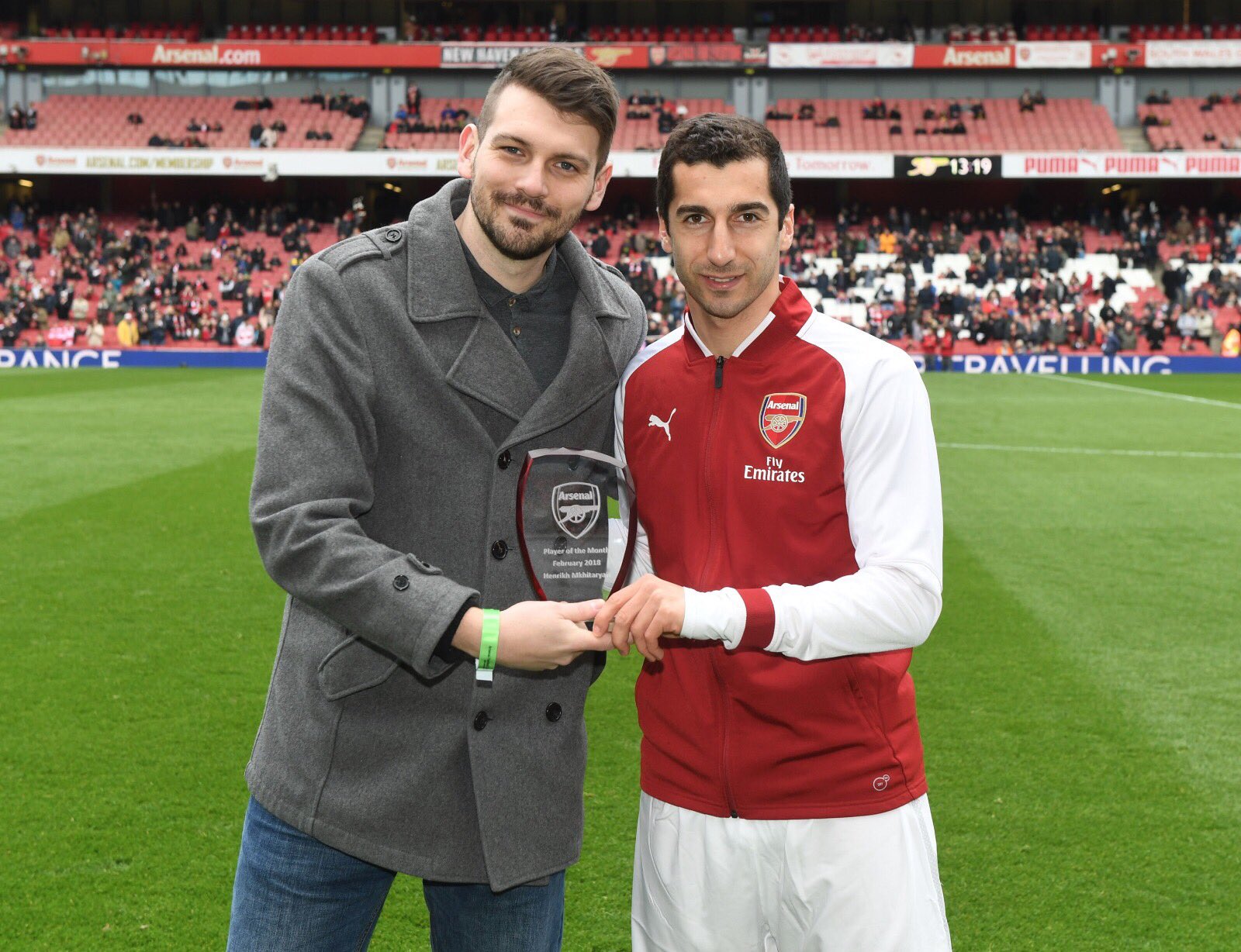 Arsenal midfielder Mkhitaryan was chosen as their player of the month of March due to his remarkable performances in the third month of the year.

The Armenian international arrived at the Emirates Stadium in the January transfer window and it seems the player has finally settled in at the Emirates Stadium because he has even started winning the club’s awards. Mkhitaryan has become one of Arsenal’s best players as he has joined Mesut Ozil on the list of assist masters of the club.

Mkhitaryan was given the award at the end of the match against Stoke City and he was so happy about this, he took to his twitter account to thank the fans as you can see below;

Happy #easter ! Very glad with the win and with my player of the month award. Thank you all ?? @Arsenal #coyg #micki pic.twitter.com/NPaY2eSlUg
— Henrikh Mkhitaryan (@HenrikhMkh) April 1, 2018

“Happy Easter ! Very glad with the win and with my player of the month award. Thank you all at Arsenal.”

The gunners are quite comfortable to say now that they made a right decision to swap Alexis Sanchez for Mkhitaryan who has proved to be a fantastic player for the gunners playing style.

Wilshere Reveals Why He Is Buzzing For Lacazette