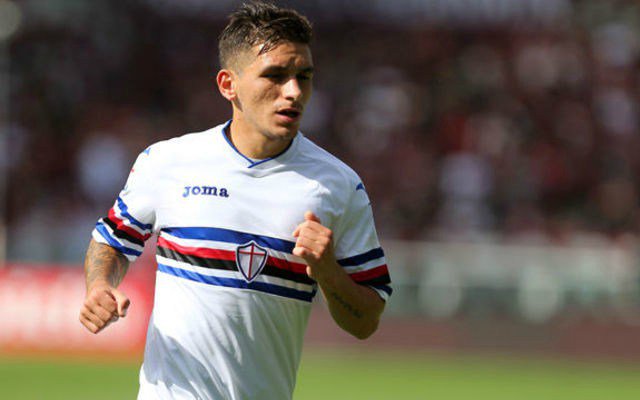 Arsenal are on the verge of signing Lucas Torreira but the deal is pending announcement because the player is still at the FIFA WORLD CUP but he has shown the gooners what to expect from him next season in England.

Lucas Torreira was very impressive for Uruguay as it defeated Portugal 2-1 thanks to a fantastic performance from the South American country, Premier League and Manchester United legend Gary Neville says that he was always there to block any attacks from the Portuguese.

“Torreira, the defensive midfielder he gets back in every time. I don’t know how many times but he’s always there to clear it. ” Neville told ITV.

Cristiano Ronaldo was hoping to finally win the FIFA World Cup with Portugal because he will be old when the next one begins but the soon to be Arsenal man did not let him get through because he hardly got any chances throughout the match against Uruguay.

It is said that Arsenal would like to announce the signing of Lucas Torreira from Sampdoria next week but they are also willing to wait until his participation in the FIFA World Cup ends but it won’t be ending soon as Uruguay are also considered to be strong enough to win the competition.