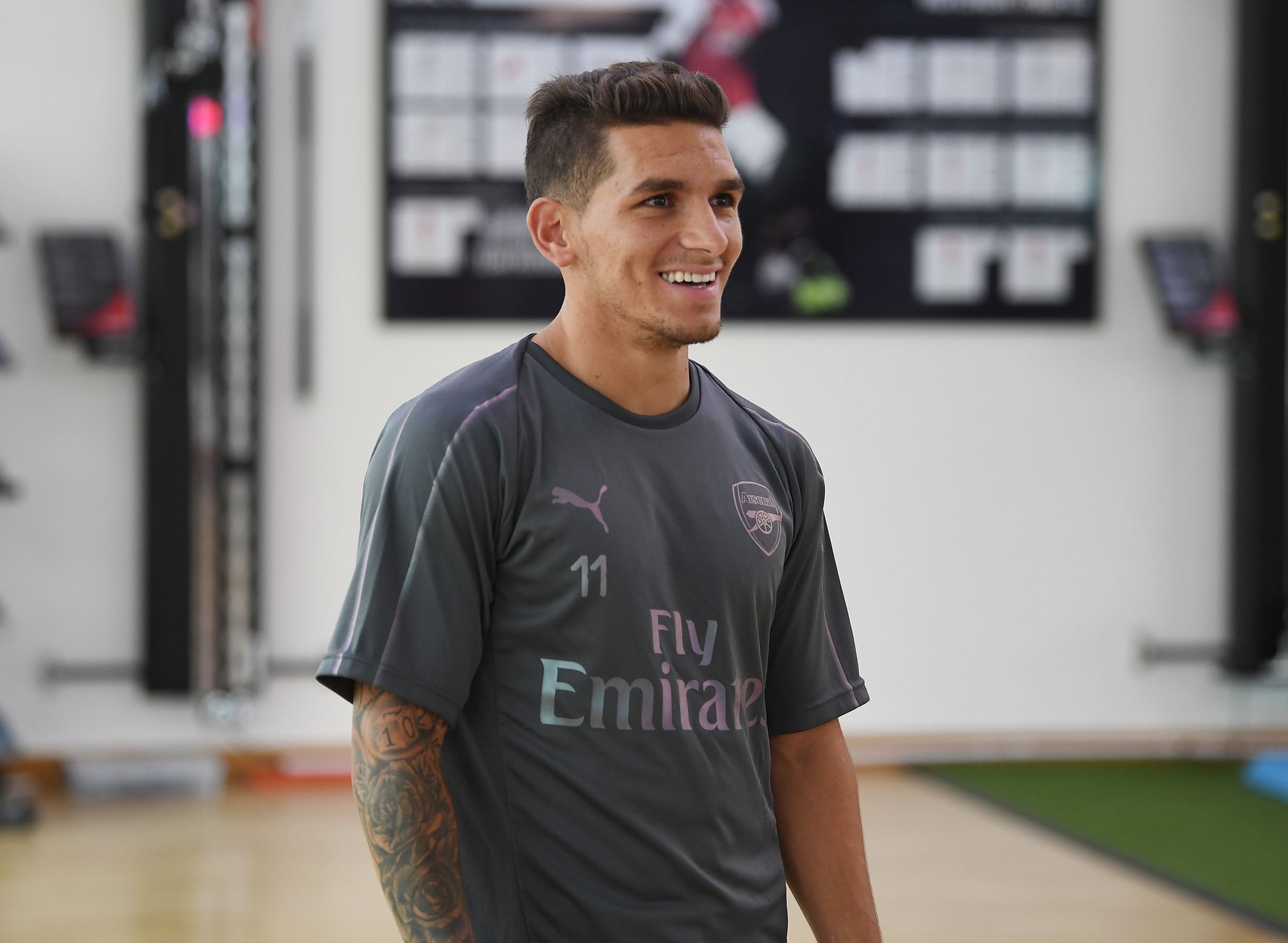 Arsenal signed Lucas Torreira and Stephan Lichtsteiner in July and the new signings have made their first training at the London Coloney as they prepare for the new season which starts in a few days from now.

Lucas Torreira arrived at Arsenal from Sampdoria after being linked with a move to the Emirates Stadium for over two months but the Uruguayan international finally made the transfer to the North Londoners and the Arsenal fans can’t wait to see him in action in their friendly match against Chelsea or their opening game against Manchester City.

Lucas Torreira and Stephan Lichtsteiner were waiting for the Arsenal squad to return from Singapore and they trained yesterday and it was a special day for the new signings because they got to meet some of their teammates.

Watch the video of Torreira and Stephan in training, the club uploaded it on their official Twitter account.

Lucas Torreira has already become a fan favourite at the Emirates Stadium because the Arsenal supporters enjoyed his performance in the FIFA World Cup as he was among the players that led Uruguay out of the group stages until the quarter finals where they got eliminated by France, he had some impressive performances like how he marked Juventus star Cristiano Ronaldo in their match against Portugal.

Stephan Lichtsteiner is a veteran right back and football pundits will be criticizing Unai Emery if the Swiss international doesn’t impress in the upcoming season because no one knows what Unai Emery has in plans for the 34-year-old.

Arsenal will face their arch rivals Chelsea tomorrow and Lucas Torreira and Stephan Lichtsteiner won’t be featuring for the gunners in that match because they are still in the early stages of their training because they were given a three weeks break by Unai Emery and just returned at the club this week.