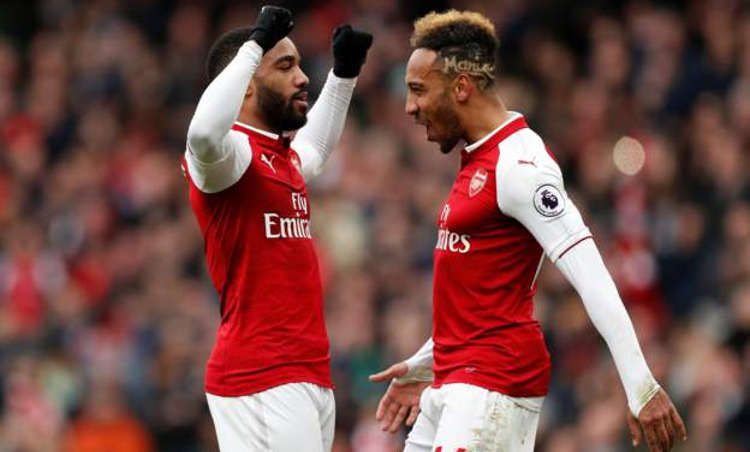 Arsenal has so far played two matches and have lost both but they have played with one striker upfront since Unai Emery has been using the 4-2-3-1 formation in those matches.

Arsenal’s first match against Manchester City saw them make less goal scoring chances but their attacking improved when both Alexandre Lacazette and Pierre-Emerick Aubameyang were on the pitch because they linked up well as last season but failed to get a goal.

Arsenal supporters expected to see the two strikers start the match against Chelsea after they impressed in previous match together but Unai Emery didn’t make their wish come true as he again made a starting eleven which had only Aubameyang while Lacazette on the bench, the decision by the Spanish manager has increased the criticism the new Arsenal boss is getting.

Aubameyang had a poor performance against Chelsea and everyone is convinced that the two forwards will finally start together this weekend against West Ham United but Unai Emery confirmed on Thursday that he isn’t open to the idea of having two strikers in the starting eleven, as he says that doing so would make the team un balanced.

“And after this possession, to do the attacking moments and defending moments with this balance.”

Alexandre Lacazette will be disappointed with the statement by the manager because this is an indirect confirmation that he will again be benched when the gunners welcome West Ham United at the Emirates Stadium.

Arsenal’s first choice striker Pierre-Emerick Aubameyang has already confirmed that he is ready to play on the wing if asked to by the manager if that is the only way to accommodate Lacazette in the starting eleven.

Unai Emery Won’t Succeed At Arsenal According To Legend