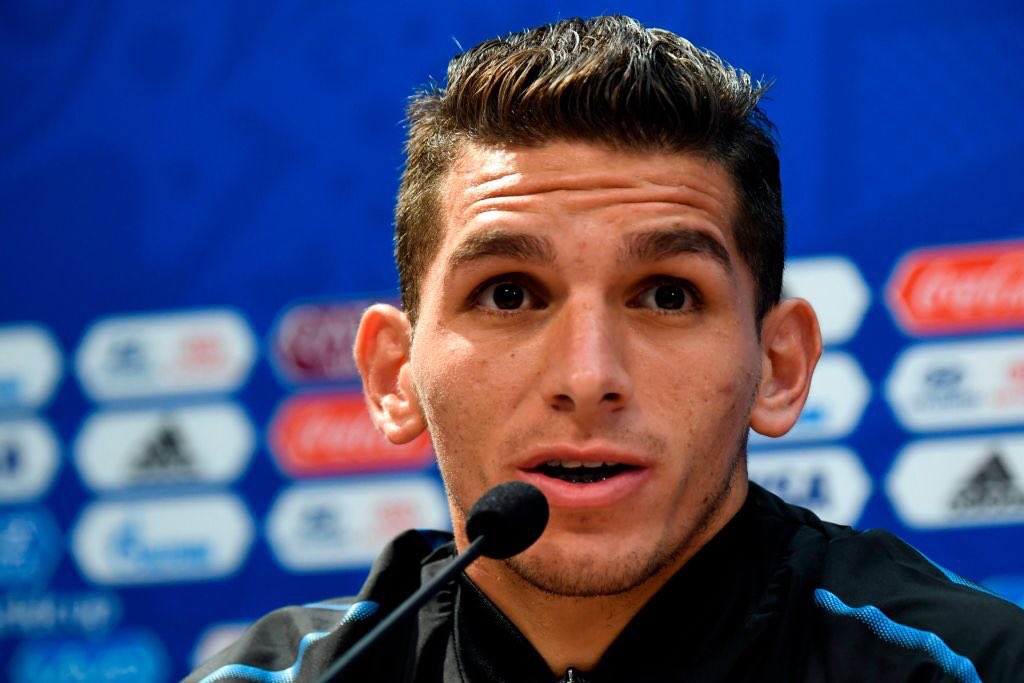 Arsenal’s new midfielder Lucas Torreira returned to Uruguay during this international break and he was selected in the starting eleven for their friendly match with Mexico on Saturday.

The Uruguayan international played for only 45 minutes and was replaced because he reportedly got injured during the Uruguay match which the South American country ended up winning 4-1 but the news of Lucas Torreira going to the sidelines will be a big set back for Unai Emery.

Lucas Torreira hasn’t been on the starting eleven of the gunners in their first four matches of the new season and it seems he was to finally get a spot in Unai Emery’s first team in the next match, but it’s now believed that he is currently injured and the Arsenal fans are worried because they believe that the Uruguayan international is an important player because he has assisted the team in its last two wins.

Uruguay hasn’t revealed how Lucas Torreira is doing after the friendly match but we will be knowing soon whether it was just a minor precaution because he was seen holding an ice pack, covering his left leg. Lucas Torreira has been at the Emirates Stadium for a few months but his appearances for the gunners as a substitute have been enough to help him get the support of Arsenal fans to make it to Unai Emery’s starting eleven.

Arsenal faces Newcastle United after the international break and everyone expects Lucas Torreira to finally get a spot on the starting eleven but this will now have to depend on whether his physically fit but the fans are hoping that it was just a minor problem.