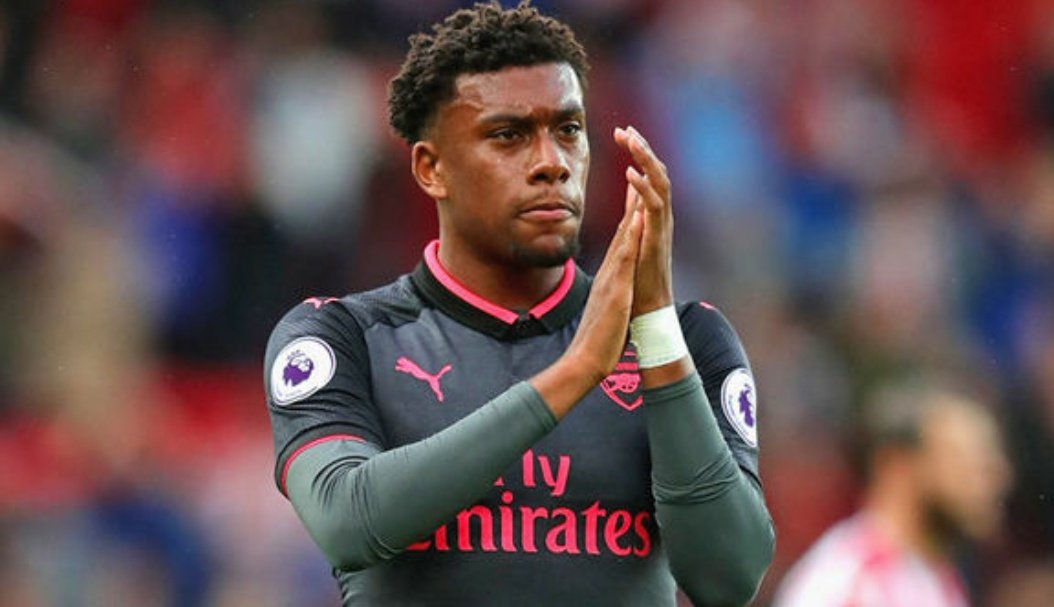 Arsenal midfielder Alex Iwobi made his breakthrough to the first team in the 2015/16 season and he has impressed since then but he has found chances limited under gunners new boss Unai Emery.

Alex Iwobi was in the starting eleven that played Arsenal’s match against Chelsea and he scored their first goal of the season but he was later removed from Unai Emery’s first eleven since the Arsenal boss wanted to use two strikers at the same time.

The Nigerian international however had an impressive performance against their Europa League opponents Vorskla and most Arsenal fans expected him to start against Everton but he didn’t. Arsenal captain Laurent Koscielny has praised Alex Iwobi and says that the Nigerian international has huge potential, the Frenchman said in Arsenal’s official matchday programme ahead of the 2-0 win over Everton.

“He has huge potential and he needs to realise how good he could become. Right now, he is definitely on the right path to do just that. He is working hard at training and his confidence is high since Unai Emery arrived.” said Koscielny.

“If you look at him he has everything. He is strong physically, quick, good technically and his movement is good.”

Alex Iwobi recently signed a new deal in August but he will however have to prove to Unai Emery that he should be starting him in Premier League but as for now, the Arsenal manager is using Aubameyang on the wing.

Unai Emery Shows How His Different From Arsene Wenger