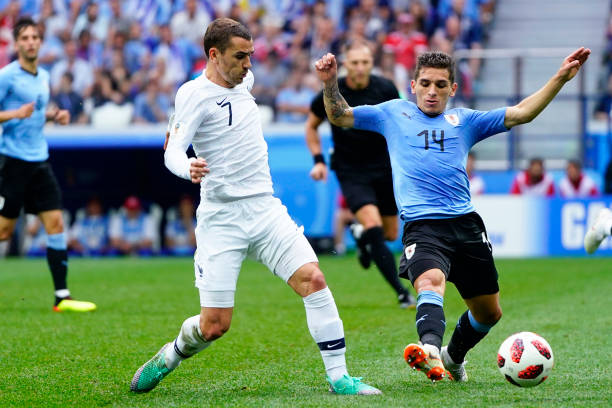 Club football has been paused for two weeks so that the players could feature for their countries in the international and friendly matches. So let’s take a look at the list of Arsenal players that were called up by their countries.

The Arsenal defender will be in action for Greece in the UEFA Nations League when his country faces Hungary on Friday and later travelling to Finland on Monday. He will probably start both matches even though he just recovered from an injury.

Granit Xhaka was selected in Switzerland’s squad to play against Belgium and Iceland in the upcoming matches. The Arsenal midfielder is one of the best Swiss players and he is usually called up by his country.

Ramsey has also been selected in the Wales squad that will play against Ireland on Tuesday. He will be hoping to impress so that he could get back into Unai Emery’s starting eleven because he started on the bench on Sunday against Fulham.

Welbeck has got limited chances at Arsenal this season but he has however been called up by England ahead of its games against Croatia and Spain. He is unlikely to start in either of these matches because the English squad consists of many attackers.

Aubameyang has been selected in the Gabon squad that will play the African Cup Of Nations Qualifiers match against South Sudan twice (home and away).

He has also been selected in the Germany squad.

The Nigerian international is expected to feature for his country in the African Cup Of Nations Qualifiers.

The Arsenal midfielder will captain Armenia in its matches against Gibraltar and Macedonia.

Lucas was included in the Uruguay squad and will probably play their upcoming friendly matches against Korea Republic and Japan.

Arsenal fans will hope that all its players come back while they are fully fit because they have a tight fixture schedule.