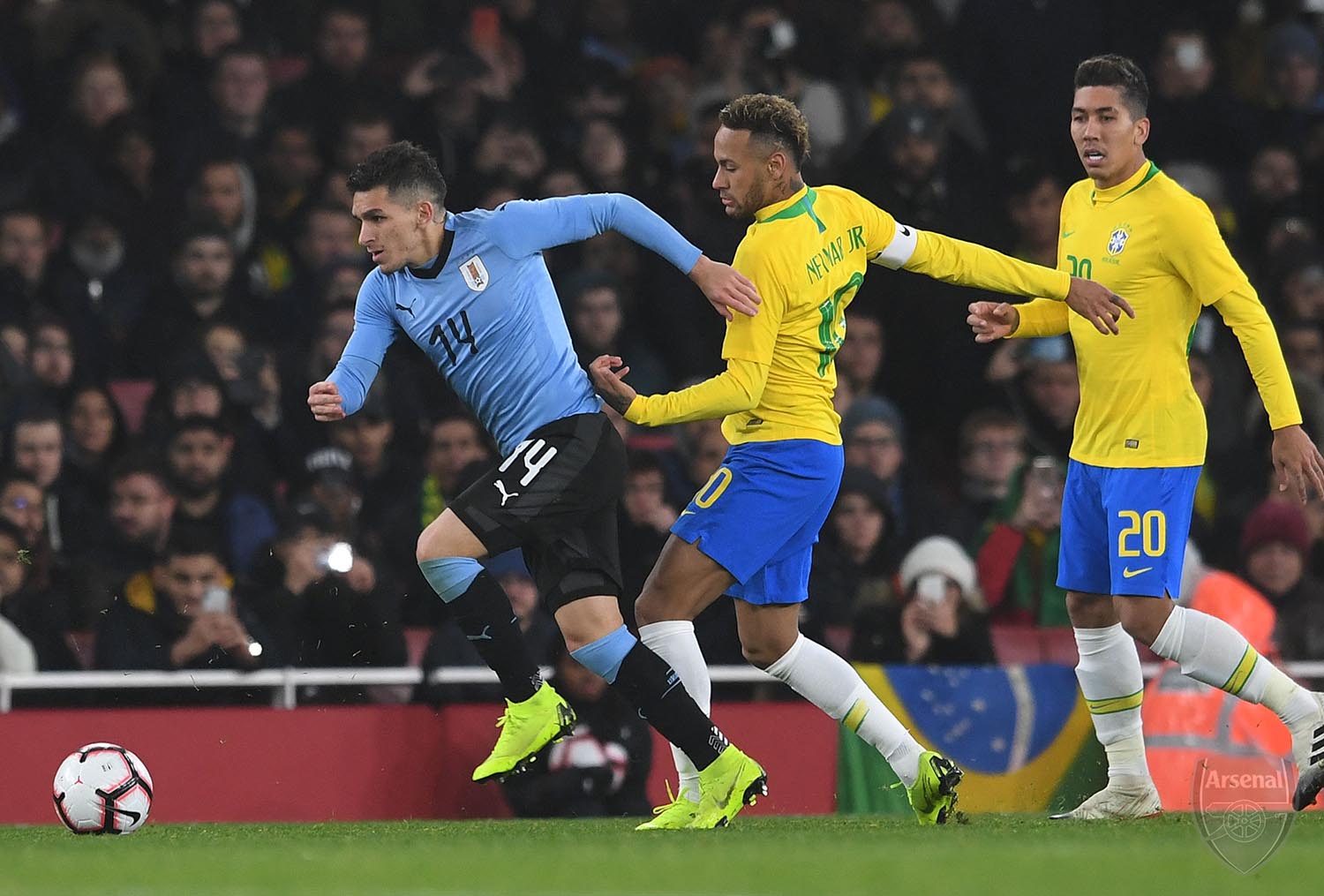 Arsenal signed Lucas Torreira in the summer transfer window and the Uruguayan international has proved that he was worth every penny which the North Londoners paid for him. The Arsenal man was in action last night when Uruguay faced Brazil at the Emirates Stadium but Lucas Torreira’s team lost 1-0.

Even though Lucas Torreira was on the losing team on Friday night, he however made some incredible tackles which the Arsenal fans on Twitter have noticed. A video below shows the Arsenal midfielder taking down Paris Saint Germain star Neymar, the fans liked how he stopped the Brazilian international without getting in any trouble.

Lucas Torreira was as usual on patrol in the midfield as Uruguay took on Brazil and he did make some other tackles in that match but they however failed to contain their opponents who scored the winning goal of the friendly match. Arsenal manager Unai Emery and his chief scout Sven Mislintat will certainly be happy that Lucas Torreira has turned out to be a great player because he was playing in a less popular club before the gunners signed him.

Lucas Torreira has been at the Emirates Stadium for just five months but he has however become one of the fan favourites at the North London club and some have even nicknamed him “THE NEW PATRICK VIEIRA”.

Mesut Ozil Reveals His Teammate That Is Good At Dancing