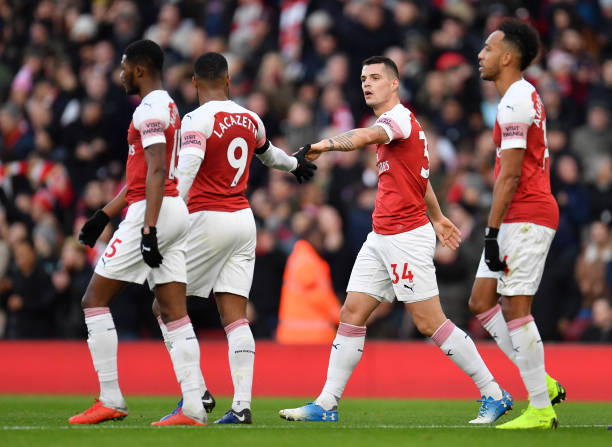 Arsenal suffered a shock 1-0 defeat at the hands of West Ham on Saturday leaving their chances of a top four finish in a huge doubt. That was their second away defeat in a row and are yet to win a game away from home since the 2-1 victory over Bournemouth on November 25.

Arsenal will host London rivals Chelsea this Saturday and it will be a crucial match for Arsenal’s top four ambitions. A victory would give The Gunners a glimpse of hope because they will have narrowed the gap between the two to just three points. Defeat would widen the margin to nine points and Arsenal would drop to sixth position.

It’s just the fourth round of the FA Cup but Arsenal has already been paired with bitter rivals Man United who are in red-hot form after sacking Jose Mourinho. Defeat would mean Arsenal are left with only the Europa League for silverware. The match will take place on 25th January.

Just four days after an FA Cup clash, Arsenal will be back in action against relegation threatened Cardiff. This should relatively be an easy and winnable match.

Arsenal will take on title hopeful Man City on 3 February hoping to revenge the 2-0 defeat when the two sides met on match-day one back in August. This is arguably Arsenal’s most difficult match

To conclude, The Gunners face bottom side Huddersfield on 9th February it should be a routine victory for Arsenal.

Arsenal face 3 top sides in their next 5 games and are currently in a sticky form, will they pick up the results?

Official: Petr Cech to retire at the end of this season

Arsenal youngster tells Unai Emery to make him a winger