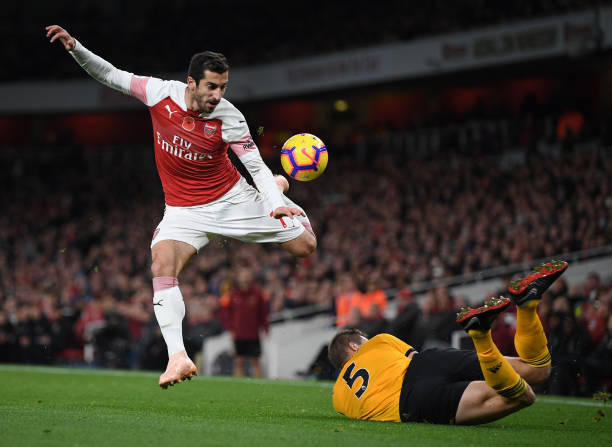 Henrikh Mkhitaryan got injured in December in Arsenal’s match against Tottenham Hotspur in the Carabao Cup and he was ruled out for about six weeks but he has today given an update on his progress to recovery. This is vital news for Unai Emery because the club won’t bring in new reinforcements in the January transfer window.

Henrikh Mkhitaryan arrived at the Emirates Stadium in January after Alexis Sanchez decided to ditch the gunners to join Manchester United. Mkhitaryan might not have been the best replacement for the Chilean international but he has been impressive compared to Sanchez who hasn’t even scored five goals for Manchester United since joining them.

Henrikh Mkhitaryan has been among Unai Emery’s trusted midfielders this season because he has made 20 appearances for the gunners this season but a foot injury has kept him out for some time now. The Armenian international has given an update on his progress by uploading a video which confirms that he has begun his rehabilitation, and a return could be possible in early February.

The video is captioned; “Coming back soon”

Most of the Arsenal supporters replied saying that they can’t wait to have him back in the squad because they miss him. Unai Emery will also be hoping that Mkhitaryan returns as early as possible because they have a busy schedule ahead.