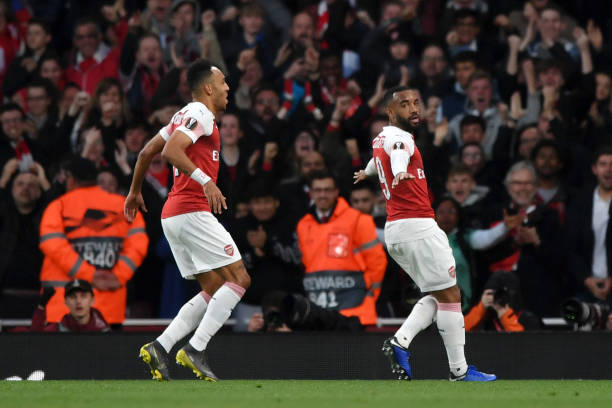 Arsenal used the 3-4-1-2 formation last season in the closing stages of the 2018/19 campaign because they wanted to utilise both of their strikers i.e Aubameyang and Lacazette and they also used wingbacks because their wingers were inconsistent.

Aubameyang and Lacazette both scored 48 goals in all competitions last season despite Unai Emery starting them together at the start of last season and it is very impressive if you consider that these two strikers scored as much as this goals when the North Londoners have no natural wingers in their squad. The summer transfer window has opened and former Arsenal star Kevin Campbell says that Unai Emery needs to sign Bournemouth’s Ryan Fraser who got 14 assists last season.

The former Arsenal player claims that Ryan Fraser is a fantastic player and that he would create a lot of chances for the gunners since they have Aubameyang and Lacazette who are very formidable strikers. Campbell believes that Reiss Nelson might not be good as the Arsenal fans hope but says that he would be glad if the gunners bring in Ryan Fraser.

“Yes Ryan Fraser is a very good player and another I would like to see at Arsenal, he creates a huge amount of assists for Bournemouth – imagine what he could do for Aubameyang and Lacazette at Arsenal.” Kevin Campbell told Football.London.

“I also think Reiss [Nelson] can be an important player for the club but I would take Fraser without a shadow of a doubt. You need a squad with quality options in every position and Fraser would certainly add to that. He has done so well for Bournemouth.”

Ryan Fraser has one year remaining on his contract and the gunners have heavily been linked with a move for him but there has not been any talks as of yet.

Aubameyang reveals the shirt he wanted before choosing the “14” shirt