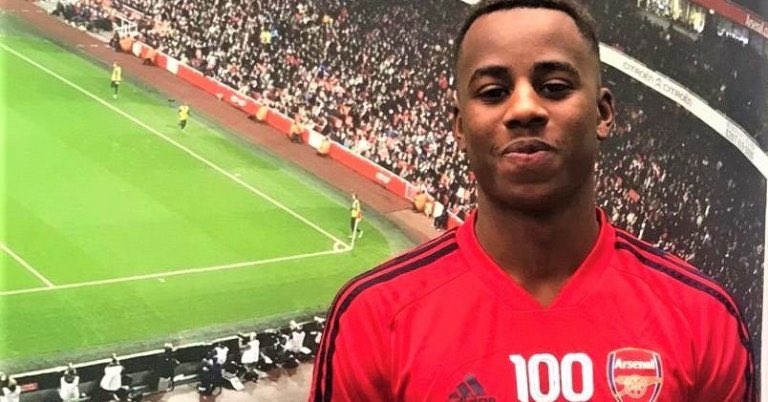 Arsenal have completed the signing of George Lewis who is a 19-year-old that played for Fram Larvik and caught the eye of the North Londoners after the gunners gave him a trial a few months back. This becomes Arsenal’s first summer signing even though it is yet to be officially announced by the club.

George Lewis was born in Rwanda, Africa but he can however also be able to represent Norway in the international competitions. Norwegian tabloid newspaper VG reports that the gunners have indeed signed Lewis and they quote what his agent Cheikh Diaw had to say about the deal that will see the youngster come to North London.

“He’s ready for Arsenal, yes. The club has not made it official yet, but he has signed for the club. They are really looking forward to getting over George, who they see as an exciting player.” Lewis’ agent told NTB.

George Lewis will according to most reports be put in the Arsenal Under-23 squad but the fans will however be hoping that he can also impress in training and the pre-season games ( if they do take place ) since this is the same thing they were told about Matteo Guendouzi and Gabriel Martinelli before they also became among the first team members.

George Lewis is a winger and so he will have to work hard to break into the first team since the gunners seem to be stacked in that area with most of their impressive youngsters all being wingers.

David Luiz finally opens up about his possible departure from Arsenal