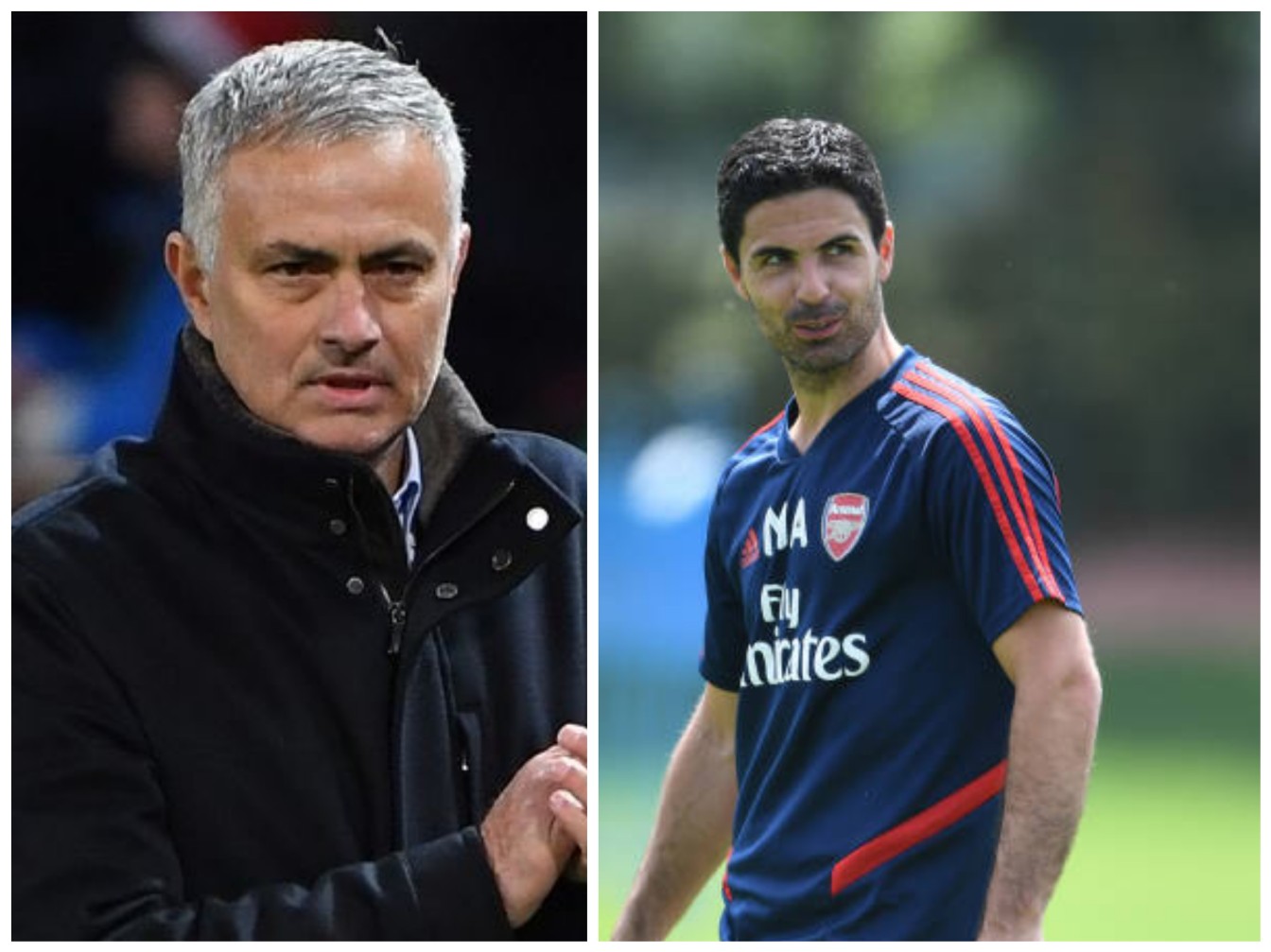 Arsenal was on Sunday welcomed at the Tottenham Hotspur stadium by Spurs and both sides knew how important this game would be as they are both vying for European spots and the gunners lost all the three points thanks to a winner from Toby Alderweireld in the final minutes of the game.

This was Mikel Arteta’s first North London Derby as an Arsenal boss but he however had to go home with a sad face since Jose Mourinho’s side came from one goal down to beat his side which has in the last few months shown that it can be fragile when under a lot of pressure. Tottenham Hotspur boss Jose Mourinho was obviously overwhelmed with the win but he however did praise Arteta after the game in his post-match press conference as he claimed that Arsenal was progressing under the Spanish boss.

“To be honest, I think Mikel Arteta has found a way for them to play and to be stable and to improve. They are improving.” said Mourinho.

Some Arsenal fans believe that Jose Mourinho was just mocking their coach Mikel Arteta but the Spaniard was however happy that the Tottenham Hotspur boss complimented him and also spoke out how they’ve completely different styles of play.

“Thank you, I can see what he’s trying to do as well and look, he wins again, you know. It’s two completely different styles and he manages really, really well.” said Mikel Arteta as per the Mirror.

“He has a really good team behind him and I said before in the press conference that I believe he always finds a way to win. When I give it to him I feel bad, but congratulations to them, they got the points today and we will move forwards.”

Arsenal’s loss to Tottenham Hotspur has made their chances of playing in Europe become slim and they will now need to win their next three matches and hope that they can slip through to a UEFA Europa League spot.

Aubameyang reveals what he likes most about talented Bukayo Saka