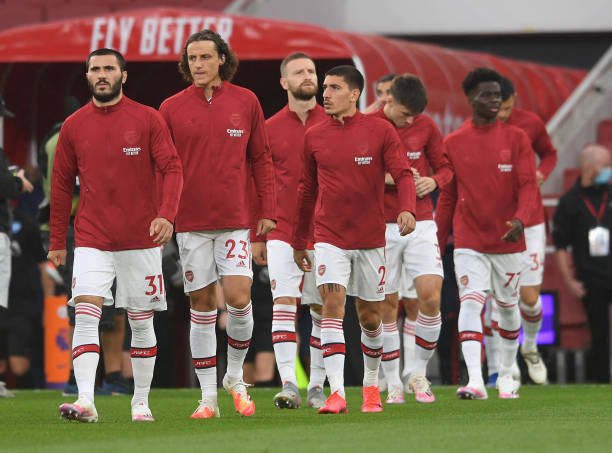 Arsenal suffered a dismal restart to as they lost back to back Premier League games to Manchester City and Brighton.

As the 2019/20 season draws closer to a conclusion Arsenal appear to have picked up some form as they have managed to win 4 games and a draw ever since the shock defeat to Brighton including a 2-1 FA cup win over Sheffield United that saw Arsenal through to the semifinals.

Ever since Mikel Arteta inherited Arsenal in December he has gone on to field a 4-2-3-1 or sometimes a 4-3-3 formation.

However, it was against Sheffield United when Arteta decided to lineup in a 3-4-3 formation and he has continued with this setup until now, managing to pick up wins against Sheffield, Norwich, Wolves and a draw with Leicester.

Talking points about the 3-4-3 formation

David Luiz appears to perform better in a back 3 as he enjoyed his best season in 2016/17 in that formation back at Chelsea. Luiz had a hand in Arsenal’s second goal against Norwich has his long through-pass was brilliantly received by Tierney on the left flank who found Aubameyang who then set it up for Xhaka’s goal.

David Luiz appears to be comfortable in a 3 man defence

But this is not the first time for Arsenal to use this kind of formation although traditionally Arsenal play a 4-2-3-1.

Former head coach Unai Emery had adopted a 3-4-1-2 formation last season that saw Arsenal enjoy a 22 match unbeaten run and a final in the Europa League which the unfortunately lost. Emery’s formation was criticised has it made Arsenal boring, predictable and lacking creativity.

Similarly during a poor run of form and a defensive crisis legendary boss Arsene Wenger made a surprising tweak when he started to field a 3-4-2-1 for the first time in his stint at the club.

The team that beat Chelsea to the 2017 FA cup

En route to the final Wenger’s side had surprisingly beaten Pep Guardiola’s Manchester City in the semis.

Arsenal will be hoping for a repeat of those events as they take on Manchester City in this year’s FA cup semifinal in a week’s time.

Could the new formation aid Arsenal to a victory over Man City against the odds like in 2017?

Could the new formation be here to stay?

Report: What Arsenal now needs to do to qualify for Europe after Man City ban gets overturned