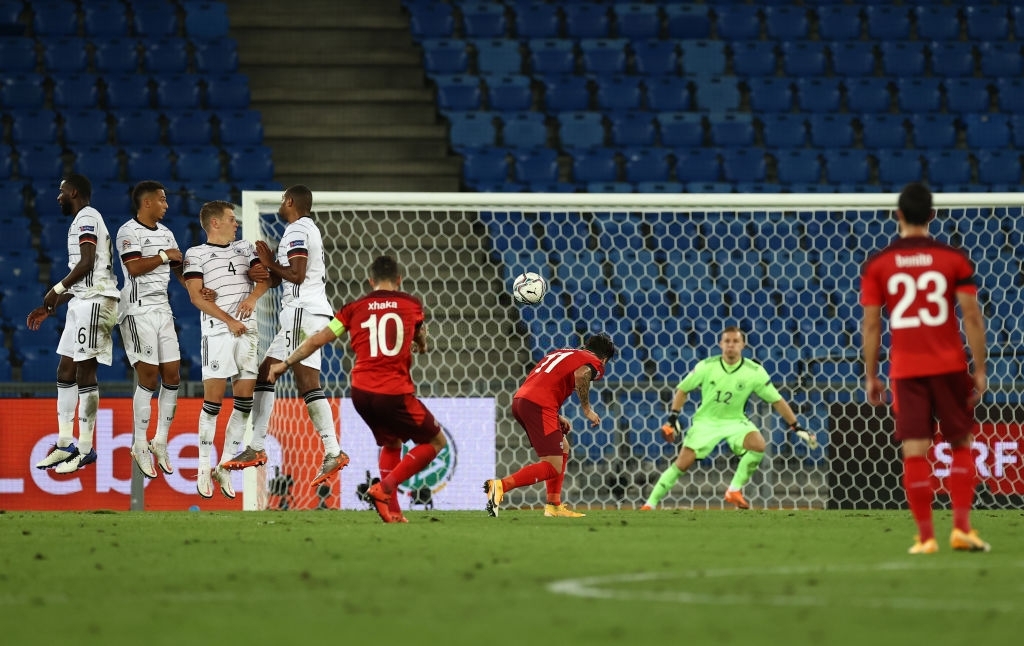 Granit Xhaka fires a shot at Bernd Leno during a nations league match between Switzerland and Germany.(Photo by Christian Charisius/picture alliance via Getty Images)

Plenty of Arsenal players will be involved in International matches taking place. Various tournaments and qualifications are taking place such as the UEFA Nations League, FIFA World Cup qualifiers and Africa cup of nations qualifiers.

International friendlies, Olympics buildup matches and Under-21&23 are also set to take place. Below are the Arsenal players that will be in action for their respective nations.

Eddie Nketiah and Matteo Guendouzi are involved with the England and France U21s team while Gabriel was called up to the Brazil Olympics squad(U23).

Notable absentees are Ceballos, Lacazette, Willian and Cedric who were not called up to represent their respective nations.

Thomas Partey and Reiss Nelson miss out due to injuries sustained.

Related Topics:ArsenalInternational Matches
Up Next

Lacazette not in France’s selected squad and his coach has revealed why?