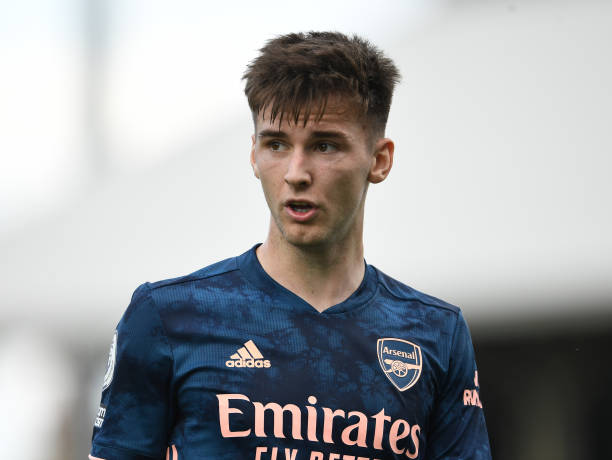 Arsenal have been a very surprising team this season as they have had some periods of poor form only for them to then later go on a great run of results and this has led to them being in the 9th on the Premier League table. Arsenal left back Kieran Tierney has opened up on the club’s performance this season and Mikel Arteta.

Arsenal have shown signs of great improvement since the start of this year and Kieran Tierney has been one of the best players during this period hence becoming a fan favourite at the club. The gunners are in the UEFA Europa League quarter finals and have a great chance of winning this competition but they’ve still struggled in the domestic competitions as they are already out of the Emirates FA Cup and continually dropping points to lower sides has kept them below the European spots.

Kieran Tierney recently had one on one interview with Arsenal’s official media and he said what most supporters would love to hear by explaining how it’s un acceptable for the North London club to be in the ninth position on the Premier League table in March.

“Arsenal’s a massive club. Where we are just now, isn’t where we want to be, should be and isn’t what the fans deserve. Success is what this team deserves and something what I work towards every single day.” Kieran Tierney told Arsenal Media.

Arsenal manager Mikel Arteta received a lot of criticism in the first months of the new season as the gunners went on a poor run of games but he has since recovered from that as the team seems to be improving and Kieran Tierney has shown support to him, saying they as a team need to find consistency.

“Arteta is still a young manager, but from what I’m learning and what I learned so far is amazing and hopefully we can get some consistency. That is most important thing. We’ve had big results against some big teams. It’s just consistency we need to add.” said Tierney.

How Arsenal can raise over £100m for summer transfers