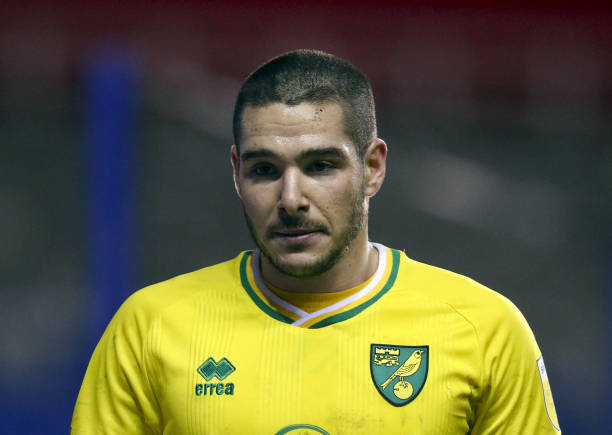 Arsenal are weighing up their options for the attacking midfield position ahead of the transfer window and Norwich City’s Emiliano Buendia is back on the agenda.

The Gunners have struggled with chance creation and a playmaker is their priority for the upcoming transfer window.

Martin Odegaard was brought in on loan during the January transfer window but his future in North London remains uncertain as he is likely to return back to Real Madrid.

Emile Smith-Rowe was integrated into the creative midfield role and has impressed scoring 4 goals and providing 7 goals but someone will have to be added to the team to supplement the youngster.

And according to Arsenal correspondent Charles Watts  the club is keen on Argentine attacker Emi Buendia who has had a sensational season with Norwich City where he won Championship player of the season.

Buendia 24 has scored 15 times and registered 17 assists for Norwich in his 41 appearances this season. Although of course these statistics are from the second tier of English football, Buendia scored 1 goal and had 7 assists in his previous season in the Premier League and ranked fourth for chance creation.

The Argentine international could cost Arsenal about £40m if Norwich who have earned promotion to the Premier League decide to sell him.

Transfers: The players linked with a move to Arsenal ahead of the transfer window