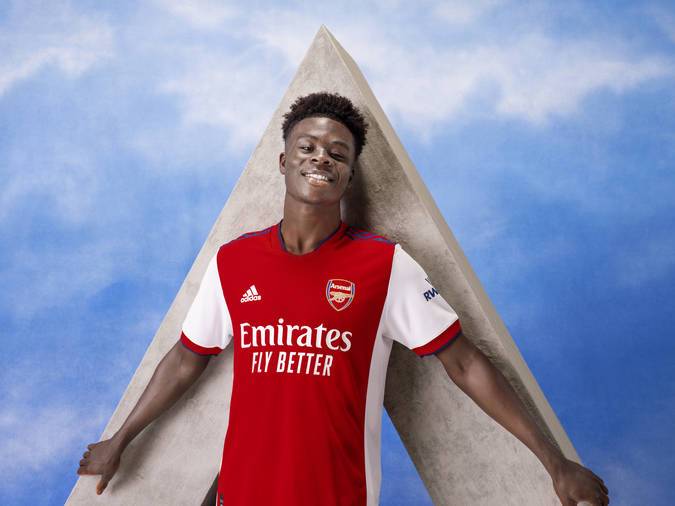 The 2021/22 Premier League will begin in a few weeks from now and all the clubs including Arsenal will be looking forward to its start as they will want to achieve all the targets that they failed to complete in the previous season. Most of the attention of everybody is currently on transfers but we however take a look at three players that will likely impress for Arsenal next season.

Arsenal young attacker Bukayo Saka was voted as their player of the season for their campaign after he had a fantastic season. The youngster scored five goals and made three assists in the Premier League last season but his contribution was more than that as he has heavily involved in many other goals.

Bukayo Saka is likely to be one of Arsenal’s best players next season as his performances last season showed how he had matured and how he had nailed his spot as the first choice right winger that fits the playing style that Mikel Arteta wants to implement at the Emirates Stadium. The gunners are likely to sign an attacking midfielder and Saka will benefit from this next season as he last season sometimes drifted into midfield to help out since the gunners were poor in that department.

LONDON, ENGLAND – MAY 06: Thomas Partey of Arsenal before the UEFA Europa League Semi-final Second Leg match between Arsenal and Villareal CF at Emirates Stadium on May 06, 2021 in London, England. Sporting stadiums around Europe remain under strict restrictions due to the Coronavirus Pandemic as Government social distancing laws prohibit fans inside venues resulting in games being played behind closed doors. (Photo by Stuart MacFarlane/Arsenal FC via Getty Images)

Arsenal supporters were so excited after the club signed Thomas Partey but they were however not able to see the best of the midfielder due to injuries and Mikel Arteta not having chosen the best system for his squad but watching this year’s pre-season games shows how we are going to see a hungry Ghanaian international who will have a lot more influence in games than he did last season.

Arteta also mentioned how not getting a pre-season affected them but they have got it now and Partey is one player that is going to benefit from it as he has been so good in the pre-season games that he has played, and it shows he will be outstanding next season.

LONDON, ENGLAND – MAY 06: Nicolas Pepe of Arsenal is challenged by Francis Coquelin of Villarreal during the UEFA Europa League Semi-final Second Leg match between Arsenal and Villareal CF at Emirates Stadium on May 06, 2021 in London, England. Sporting stadiums around Europe remain under strict restrictions due to the Coronavirus Pandemic as Government social distancing laws prohibit fans inside venues resulting in games being played behind closed doors. (Photo by David Price/Arsenal FC via Getty Images)

Arsenal’s record signing Nicolas Pepe has come under a lot of scrutiny ever since he arrived at the Emirates Stadium for £72million but he however had a semi decent season in the 2020/21 campaign as he scored 10 Premier League goals. Pepe’s form has even continued even into the pre-season games as he has been impressive and is showing how he will definitely light up the league next season.

Nicolas Pepe has benefited from Arteta’s decision to go back to a basic 4-2-3-1 formation and he seems to have finally settled into the Premier League, and with the gunners improving their midfield this summer, he could be unstoppable next season.