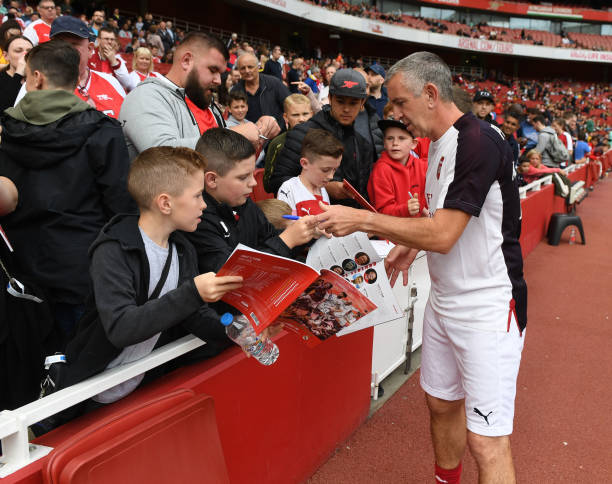 Football including The Premier League has changed over the last few years as clubs have been open to playing different styles as opposed to those used to in the 80’s, 90’s and briefly the 2000’s and these changes have led to the end of what people used to expect from the best defenders of their team. Arsenal legend Nigel Winterburn has opened up about how what is expected of a defender to do in matches has changed as the game has continued its modernisation.

Nigel Winterburn played for Arsenal in three decades as a left back and is considered to be one of the legends of the North London club and he recently sat down with Betway Insider to talk about what he feels has been the main change in the art of defending in the last few years. Nigel Winterburn claims that one needed to be an outstanding defender to join a top four side in his time but claims that now that the difference is that if you were great on the ball, then you’d get a move to a top team.

“When I played, you had to be an outstanding defender or you wouldn’t get into one of the top four teams.” said Nigel Winterburn.

Many will agree with the assessment of Nigel Winterburn as even Arsenal which recently decided to splash £50million on Brighton & Hove Albion’s Ben White did because he is very good on the ball aside from his defensive qualities.

Winterburn also opened up more about how even the role of his position “left back” has changed as he says that they were judged by their defensive ability in his time while they are however expected to be comfortable on the ball in the present as they are usually in the forward areas attacking.

“The way that teams are playing out from the back, modern defenders and full-backs have got be very comfortable on the ball because they’re often in advanced areas.” said Winterburn.

“But we were always judged by what we did defensively under George.”

Arsenal receive bad news ahead of their game against Chelsea