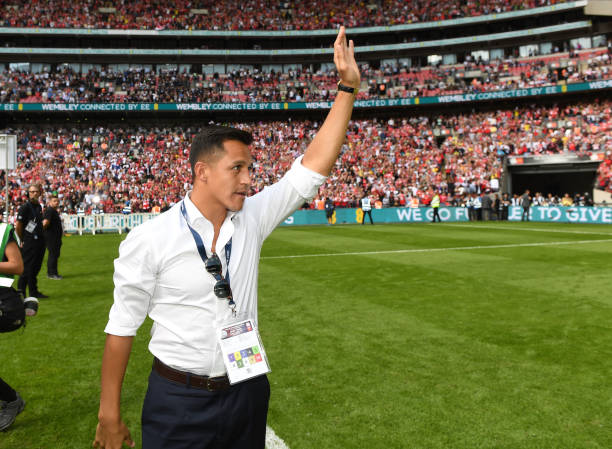 Sanchez made 166 appearances for Arsenal before leaving scoring 80 goals and assisting 45 times, making him one of Arsenal’s best players in the Emirates era.

He joined Manchester United in a swap deal with Henrikh Mkihitaryan however, he flopped at the Manchester club.

Sanchez while at Arsenal.

Man United decided to let him leave for Inter Milan since he wasn’t productive and was on big wages. The Chilean star somewhat revived his career in Italy, with 7 goals and 8 assists for the Italian Champions last term.

Speaking to Football Insider Kevin Campbell said Arsenal should consider re-signing Sanchez since Inter Milan will allow him to leave for free in January.

“Alexis Sanchez was incredible when he came to Arsenal but personally, I cannot see him coming back.

Sanchez’s career went south when he joined Manchester United after having the form of his life in north London.

“Is he talented? Of course he is. But he has not been the same since he left. The Manchester United move was a disaster for him. He has gone to Inter Milan and it has not quite worked out there either, even though they won the title.”

“I don’t think we’ll take him back. But if you could get him for nothing and he is willing to graft. Who knows what Mikel Arteta will do.

“It is a fantasy and a nice thought but I think the club have moved on. I doubt we will see that happening.” Campbell added.