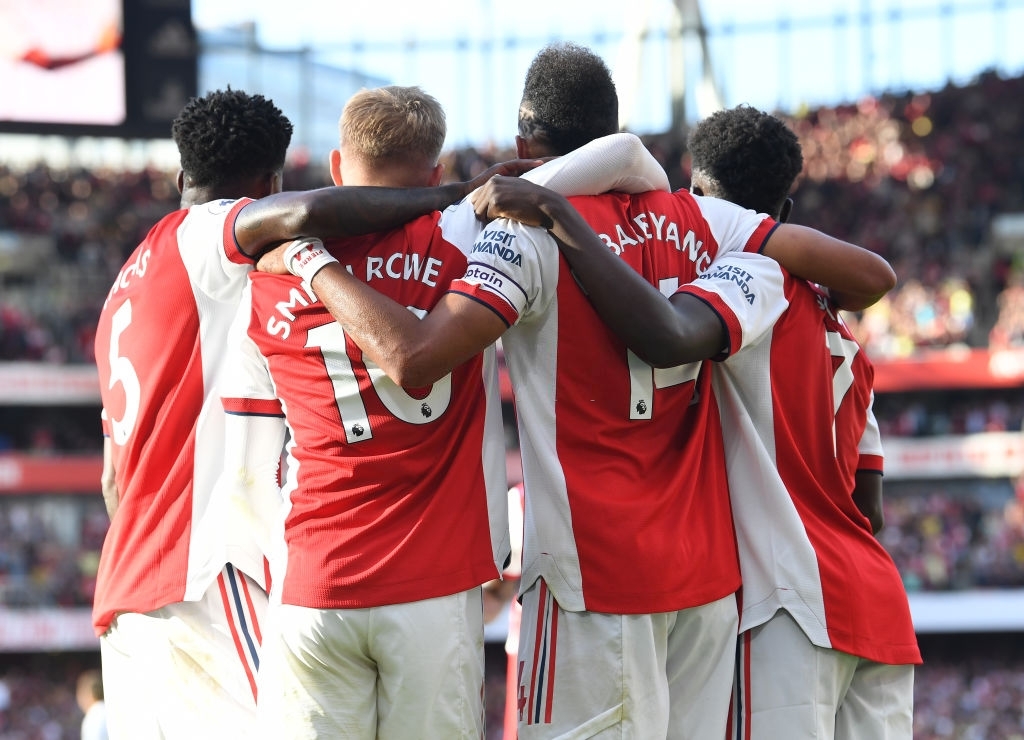 Arsenal run riot in the first half putting three past Tottenham within the first 35 minutes of the game. Emile Smith Rowe, Bukayo Saka and Pierre-Emerick Aubameyang scored Arsenal’s goals as Heung-Min Son struck late in the game to deny Aaron Ramsdale a clean sheet.

Here are the main talking points from the match:

Arsenal’s backline of Gabriel, Ben White, Kieran Tierney, and Takehiro Tomiyasu were all superb. They’ve jelled ever since they were deployed together.

LONDON, ENGLAND – SEPTEMBER 26: Takehiro Tomiyasu of Arsenal takes on Son Heung-Mi of Tottenham during the Premier League match between Arsenal and Tottenham Hotspur at Emirates Stadium on September 26, 2021 in London, England. (Photo by Stuart MacFarlane/Arsenal FC via Getty Images)

Ben White and Gabriel managed to contain Harry Kane and put him out of the game. Takehiro Tomiyasu was dominant once again both in the air and on the ground and kept Spurs’s Heung Min Son out of the game. Everyone was immense.

Ramsdale was brilliant in between the sticks once again. He celebrated Arsenal’s goals and every save he or his teammates made with passion and showed a commanding character to the backline.

The English goalie looked frustrated when he conceded his first goal in an Arsenal shirt, he thoroughly deserved a clean sheet.

Emile Smith Rowe and Bukayo Saka scored and assisted. The pair were electrifying and too much for the Spurs defence.

Particularly Arteta’s tweak to put Saka on the right paid off and unlocked his qualities with Smith Rowe on the left wing.

Captain leading from the front

Pierre-Emerick Aubameyang put on a real captain’s performance, he put pressure on Tottenham’s backline up until the final whistle and his work rate was immense on both sides of the pitch.

He scored a good goal and of course that beautiful Thierry Henry celebration in front of the roaring crowd at the Emirates .

Arteta starting to put the pieces together?

Based on the last three league games, Mikel Arteta has assembled his best XI with all of his signings and things appear to be working out for him.

Arsenal played the champagne football we all craved for in the north London derby, attacked with fluency and defending with purpose.

He received heavy criticism when Arsenal went into the international break bottom of the table and without a point. The Gunners are now tenth, leapfrogging Spurs and five points away from the top of the table as the ascendance continues.