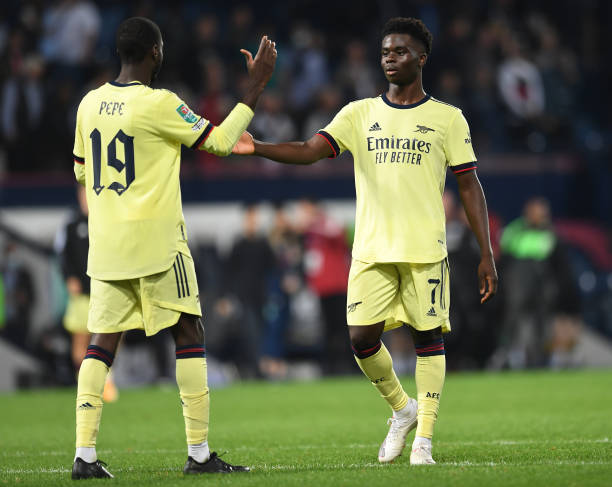 The North London derby is a hotly contested match and it comes at a time when Arsenal cannot afford to lose given their poor start to the new season.

Good news for Arteta is that he has a full squad available for selection, no injury concerns. Though this might give him a minor selection headache.

Here is how Arteta should setup his side for the big game in a 4-2-3-1 formation.

Ramsdale has looked comfortable in goal and hasn’t put a foot wrong, keeping three clean sheets in his three appearances. He deserves to start.

No need for any changes, they are the best defenders at the club and are fully fit.

Who should I partner Thomas Partey with? will be the question in Arteta’s mind after the return of Granit Xhaka.

Arteta will could be tempted to start Xhaka immediately after his suspension but Sambi Lokonga has been impressive whenever on the pitch and deserves a start alongside Partey in Arsenal’s central midfield.

A tough decision has to be made here and Emile Smith Rowe is the one to drop to the bench. This time round Saka and Pepe must swap wings.

Saka is best suited when he operates on the right wing, as we saw last season he thrived while playing on the right given his ability to use his weaker right foot with ease.

While Pepe showed efficiency when he was deployed on the left last season. In that position, he will be able to make crosses while on the run and will not have to change his posture, cease his run and then provide a cross, as he has to from the right since he is predominantly left-footed. Pepe can easily exploit spaces on the left.

Another big call has to be made here. Lacazette with a good goal scoring record against Tottenham must start ahead of Aubameyang.

Lacazette’s hold-up play and link-up with the attackers is much better than Aubameyang’s and would be most suited for this clash. Of course the captain can be introduced in the second half.

Opinion: Thomas Partey could be the next Abou Diaby as injury woes continue