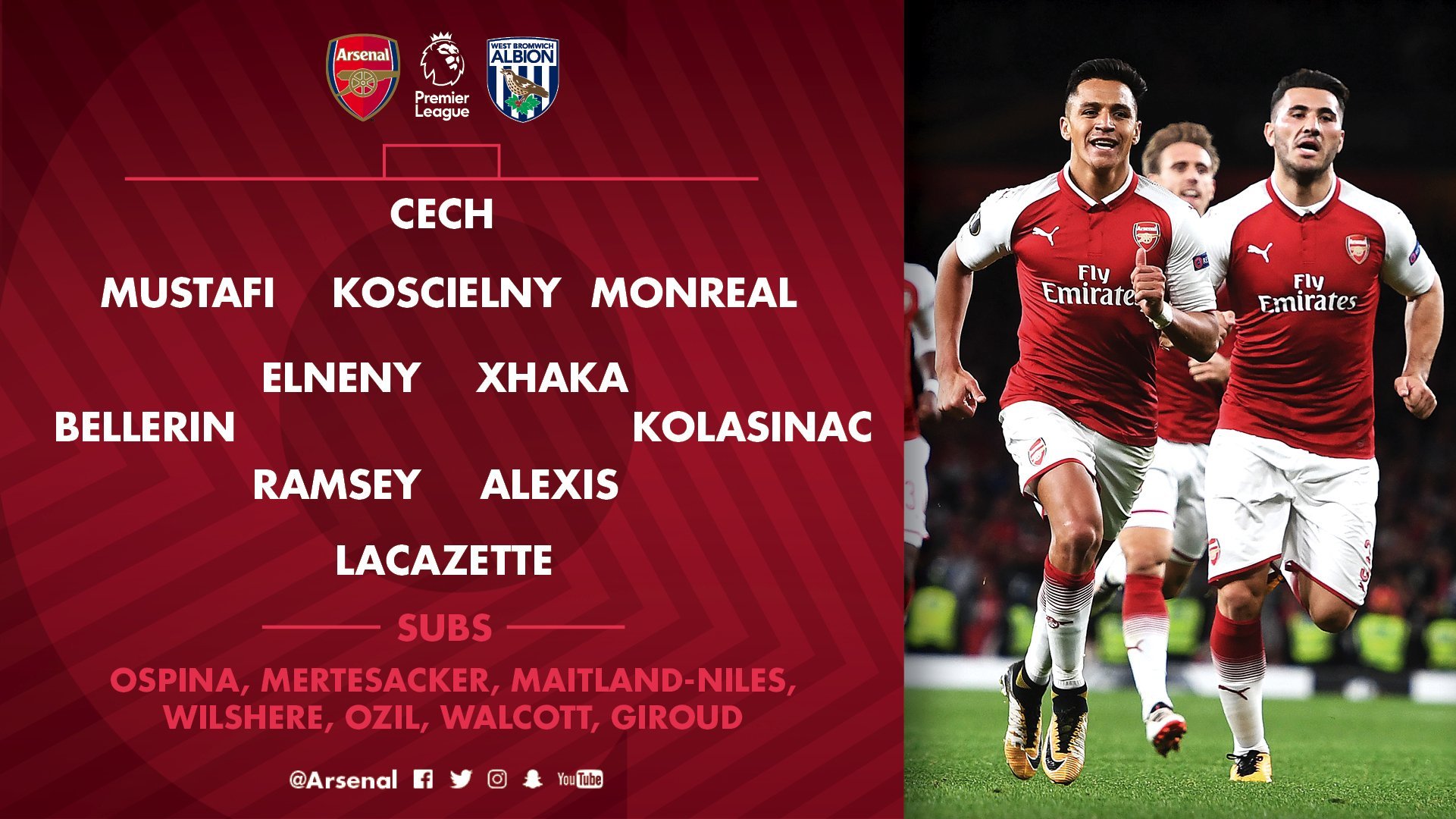 Arsenal have revealed the lineup to face West Brom Albion and most of the gunners are furious about the lineup because they didn’t expect to see this kind of lineup.

What has made most Arsenal supporters angry is that their today’s lineup doesn’t have Mesut Ozil in it because they were eagerly looking to see the German play along Alexandre Lacazette and Alexis Sanchez but they will have to wait longer to witness the trio playing at the same time.

Arsenal have so far played more than 100 times against West Brom Albion and have won most of those matches and will hope that it will be the same case as today.

READ THE REACTION FROM GOONERS ON TWITTER AFTER ANNOUNCEMENT OF LINEUP.

@ApocalypseAfc @Arsenal We will never see Ozil,laca and sanchez starting together ?

@Arsenal Where is Ozil