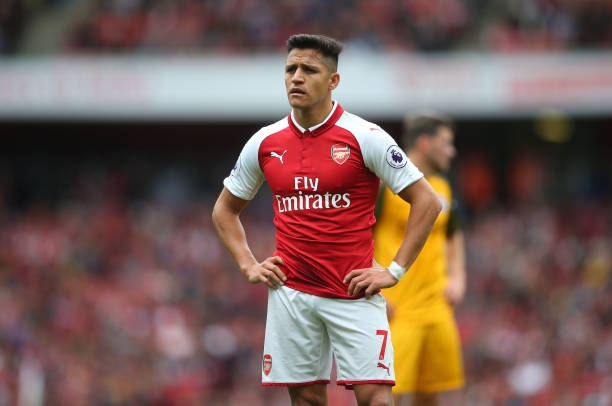 Arsenal are said to have blocked Alexis Sanchez‘s move to Manchester City in this year’s summer transfer window according to various reports and there was fear in Arsenal supporters that the Chilean international would refuse and never play for the gunners again. There is some relief in the London city as they are happy that their star player Alexis Sanchez looks to have forgotten all those transfer speculations and is now eager to focus and perform well for the North Londoners this season.

Alexis Sanchez has so far scored only one goal which he scored against FC Koln in the Europa League last month and is yet to score in the English Premier League this season but he has been outstanding in some matches like the one the gunners played on Sunday against Brighton & Hove Albion where he made an extremely beautiful assist for the goal Alex Iwobi scored. Arsene Wenger has from day one of the transfer window been saying that the Chilean still loves Arsenal and does not think about leaving the Emirates stadium this season but what would even make gooners happy is if the 28 year old put to pen to a new contract before his time at Arsenal expires.

Alexis Sanchez was named the best Arsenal player for the 2016/17 season after the midfielder scored 20+ goals for the gunners and he has since become a fan favourite but the gooners always afraid that he might want to leave the club in January because he once said in July of this year of how he wants to play in the Uefa Champions League this season something which spanked much speculation over the future of the Chilean and some football analysts say that Alexis Sanchez wants to leave Arsenal this season because he wants an ambitious club.

Alexis Sanchez is a top player that has attracted much attention from a number of European clubs including. Manchester City who are the team that actually made a bid for him which was quickly turned down by Arsene Wenger.

Arsenal Players Words On The Match