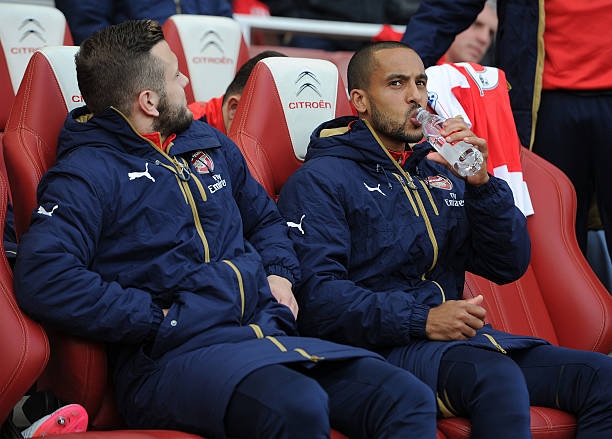 Theo Walcott has spent a decade at the Emirates stadium ever since he joined the gunners in 2006 from Southampton who sold him to the gunners for £5 million. The player has faced a lot of challenges through out his time in North London with long term injuries keeping him away from most seasons but the Englishman has had chances limited this season as he isn’t getting picked up to play in the English Premier League.

The English international has been usually getting starts in the Europa League and EFL Cup mostly and Arsenal legend Ian Wright says that this is the perfect time for the winger to leave the Emirates stadium.

“I am not sure where he can go now with the gunners and he’s only playing in the EFL Cup and the Europa League.’ said the legend on Sky Sports

‘He’will want to finish on a high in respect of what he’s doing. He is given Arsenal great service in the time he has been there and for me he should move on for himself.”

The gunners will be curious to know whether the former Saints man will follow the advise from the former Arsenal great and maybe probably hand in a transfer out request in the January transfer window which opens in two month’s time from now.

Theo Walcott has been impressive this season in those few chances he has been given as he has scored three goals so far in the Europa League but that hasn’t been enough to earn him a place in Arsene Wenger’s regular lineup. The English winger was very lucky to have not been sold in the summer’s transfer window because the supporters had urged Arsene Wenger to release the player but it seems the manager was still interested in the player and decided to let Lucas Perez leave instead.

Theo Walcott was considered to be going to be a great player when the gunners signed him in 2006 and most football analysts believed that he was going to be the next Thiery Henry but all those hopes have faded away over the years as the Englishman has just helped the gunners win three FA Cup trophies.