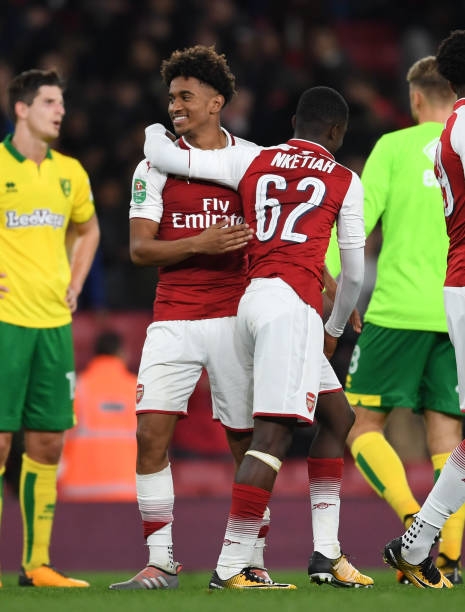 The gunners progressed to the quarter finals EFL Cup ( called Carabao Cup this season) on Tuesday after they successfully beat Norwich City and the details of the draw have been revealed.

The EFL Cup draw will take place today in London and is expected to begin at 4:00PM GMT but it won’t be broadcasted on televisions and will instead be streamed live on the Twitter platform which will be quite convenient for football fans because they like social networks.

The gunners are among the only 8 clubs remaining in the competition and all are English Premier League clubs except Bristol City.

Most Arsenal supporters will be hoping they get a fair draw and get an easy opponent because they wouldn’t wish to get drawed with a top club yet Arsene Wenger doesn’t like using senior players in this competition.

There were fears yesterday that Arsenal and Manchester City may be kicked out of the EFL Cup after both their matches went to extra time with the managers making two substitutions but it seems the air has been cleared and no action will be taken against them.

Arsene Wenger has spent 20 years at the Emirates stadium but what is surprising is that the French manager has never won it with the gunners and he usually says that he is sometimes glad when they are knocked out because he says that it affects the scheduling of English Premier League. But some football analysts say that winning this competition can be a morale booster to the team if won because Champions are crowned in February.

The gunners believe this might be their perfect chance to finally win this competition because they didn’t usually reach this stage in past seasons. The next EFL Cup matches will take place in December on the 18th.

Related Topics:ArsenalEFL Cup
Up Next