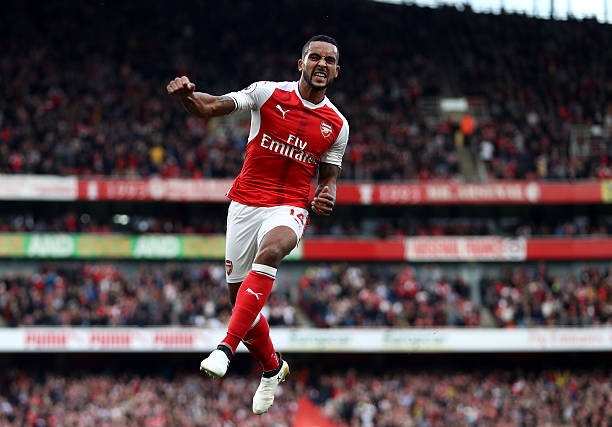 Theo Walcott has this week been linked with a move away from the Emirates stadium. The English midfielder has spent at Arsenal more than any other player currently at the club so it might’ve not been surprise that is rumoured to be on Arsene Wenger‘s list of the players to be withdrawn from club but the player has taken to twitter to speak about how he is doing;

Live life with a smile ?? pic.twitter.com/mQ5DE2sj6C

The English midfielder tweet “live life with a smile” and attached a picture of him and fellow teammate Jack Wilshere amidst strong rumours which are suggesting that the English man is frustrated with Arsene Wenger for benching him in important matches yet when he is fully fit.

Inter Milan are said to be the club that are interested in the winger and it is reported by various sources that they are ready to offer Arsenal about £25 million for services of the player yet gunners would wish to receive a maximum of £30 million to let go of a player that has been with them for a decade now.

Theo Walcott joined the gunners in January, 2006 and he has since established himself to become an important player at the Emirates stadium and he recently scored his 100th Arsenal goal for the gunners last year in the FA Cup. Most gooners will not be happy about this news because they believe Arsene Wenger may not try and get a capable replacement in time before the January transfer window closes.

Arsenal Fans Call Rosicky Their Legend As He Celebrates Birthday