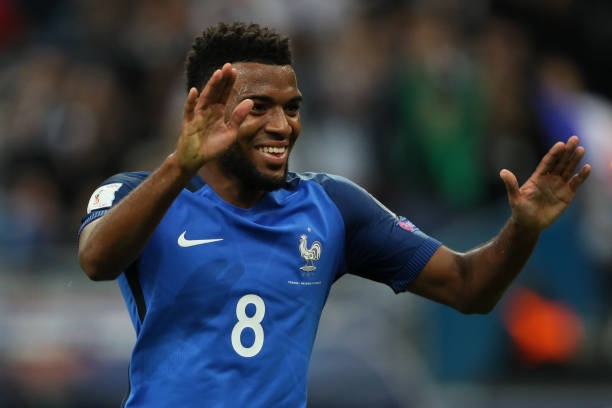 The gunners have started this season on a poor note and it is no surprise that they are preparing themselves for the January transfer window yet it is still two months away. It is reported that Arsenal are still keeping tabs on Monaco star Thomas Lemar who they failed to capture in the summer transfer window but there has been a report by MIRROR that Bayern Munich have pulled out of the race to sign the Frenchman for some un known reasons but this will be good news to gooners because they will have less competition to sign the player.

Arsene Wenger made a surprise to the supporters after he broke Arsenal’s transfer record in order to get Alexandre Lacazette. But what was even more surprising is that the French manager was gonna break the record twice in the same transfer window after it was reported that he was in France to finalize a £92 million Thomas Lemar deal to the Emirates stadium. Most football analysts think that this amount is outrageous and too much for the French international because he doesn’t have enough experience which may help him cope up with the English Premier League.

The gunners are currently in a crisis after their two best players, Alexis Sanchez and Mesut Ozil seem to have decided to finally depart the Emirates stadium in January because they see Arsenal as un ambitious club which doesn’t want to change to finally compete for silverware this season, it is said that the gunners had finally met the salary demands of the duo but it seems the two players haven’t made a final decision on whether to sign a new contract or to wait until their contract ends in June next year. Arsene Wenger recently said that it is possible for both Ozil and Sanchez to leave in the January transfer window and said that they have tried everything they can meaning it’s all up to the duo.

The gunners are growing increasingly frustrated with the team’s performance this season and worried that they may be out of the title race by January. Thomas Lemar would be a great addition to the gunners because they are lacking creativity and balance in their midfield because Arsenal have been porous in the middle which has been making them to concede many goals this season. The Arsenal supporters would be hoping that Thomas Lemar agrees to join them even though they are not in the UEFA Champions League.

Benzema To Arsenal Deal Still On

Arsenal Youngster Speaks Out On Sanchez