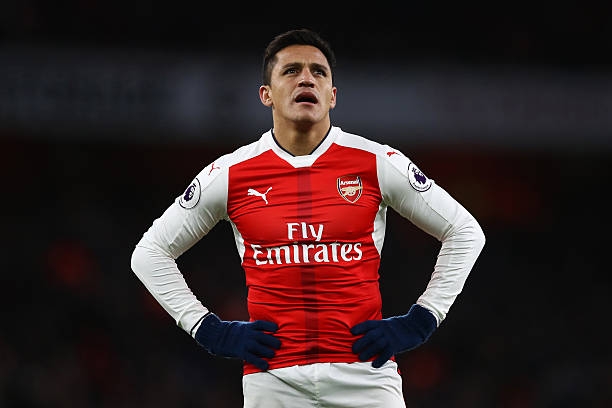 There has been tremendous reports that are suggesting that Arsenal winger Alexis Sanchez will be leaving the Emirates stadium in January. The gunners and the Chilean international have both not opened up on the situation of the player even though it is understood that there is no development in the contract renewal negotiations, and the only recent fact spoken was that Arsenal have tried anything they can to make Alexis Sanchez stay said Arsene Wenger last week and that statement has raised a lot of speculations on the future of the 28 year old.

Arsenal youngster Jeff Reine Adelaide has today opened up on the prospect of the gunners losing Alexis Sanchez leaving the Emirates stadium in the next 2 months but the young midfielder says that the Chilean is happy in the North London.

“Here’s very good and working hard, He is a great character and we expect that all the players like him. ’

‘As a player we can all watch him and get better” said the youngsters in an interview with Starsport. ( Info credits – Daily Star)

Alexis Sanchez is considered to be an idol for most young Arsenal players because he has formed a special connection with them and most of them are urging Arsene Wenger to accept the demands of the Chilean international. The French youngster says that he does not believe all those rumours being published that Alexis Sanchez is considering leaving the gunners in the January transfer window or next summer for free.

(PICTURE: GETTY)
The gunners got recently defeated by Watford in their last weekend’s English Premier League’s match and Alexis Sanchez wasn’t involved in that match because it is said that he wasn’t ready for the match and needed a rest but that defeat showed that Arsenal still and will always need Sanchez this season because he makes their attack more lively and creative when he is part of the lineup. It is said that Arsene Wenger is fed up of the transfer saga surrounding the future of Alexis Sanchez and Mesut Ozil who both have contracts running out at the end of the season, Wenger is said to have told the duo that they can leave if that’s their wish.

Some Arsenal supporters were surprisingly happy that Alexis Sanchez‘s country did not qualify because they believe that the Chilean was feeling too much superior than all other members of the squad but they urge the player not to focus on the fact that he won’t be playing in the FIFA WORLD CUP next year but focus on the Arsenal team because that is what he is payed for.

Thomas Lemar To Arsenal Deal Given Some Hope

Arsenal Back In The Race For Benzema