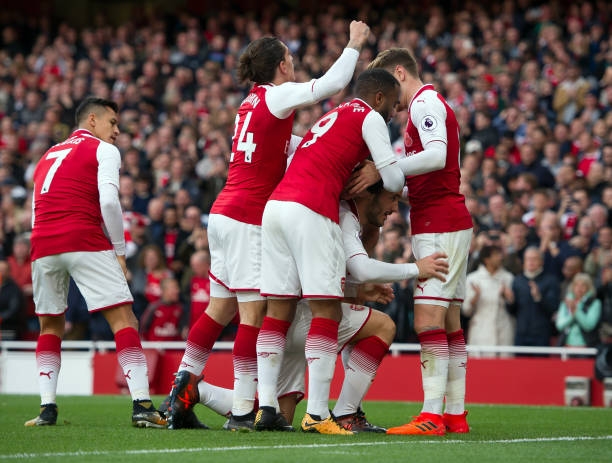 The gunners are welcoming Red Star Belgrade at the Emirates as they hope to maintain their Europa League winning streak.

Arsene Wenger is expected to rest regulars like Mesut Ozil, Alexis Sanchez and Alexandre Lacazette because they have a very big match at the weekend. Some youngsters will certainly get some chances to impress the manager so that they can be included in the first team.

CHECK OUT SOME REACTIONS FROM THE PLAYERS AHEAD OF TODAYS MATCH.

Not been a bad few months in the @Arsenal first team! ? #COYG #AFC

Another day another session, great day apart from being megged! Ready for tomorrow ?⚽️ #AFC

Both Arsenal and Red Star Belgrade have the same record in their last five matches as they have recorded only one loss in their previous five matches.

Arsenal Lineup And Reactions Of Gooners