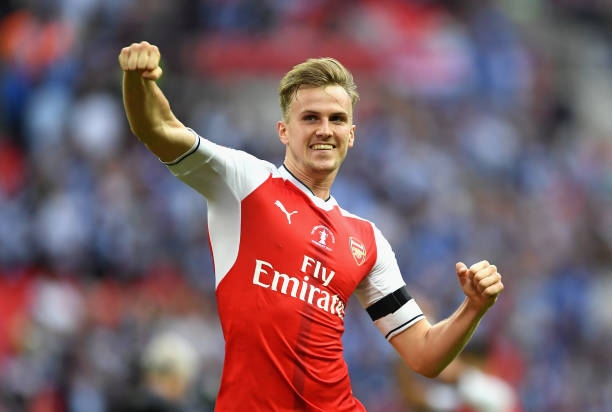 Rob Holding has so far spent a year now at the Emirates stadium but the young defender has faced a lot of criticism in the time he is been a gunner.

The gunners have been a top club that usually puts some bit of trust in youngsters and it was no surprise when it was announced that Arsene Wenger had a made a signing of a teenage defender.

The defender has given a response to the critics that were throwing words on his performances he has been showing;

“It’s part of the game and you’re going to come across it,” the defender told arsenal.com

‘You’re not going to have a career that’s going to go straight up to the point where you’re at the top of wherever you want to be.”

Rob Holding was among the defenders that were selected in the squad to face Liverpool and the gunners lost that match 4-0 after an embarrassing defeat to the reds so that match was the main reason why most football analysts and pundits said that the teenage centre back is overrated by the Arsenal supporters.

The defender has been a prominent player in the Arsenal squad and is a top back up player incase the first choice centre backs get injured. Rob Holding has been starting most matches in the Europa League and EFL Cup.

The teenage defender is expected to be given a start tomorrow when the gunners welcome Red Star Belgrade at the Emirates stadium tomorrow as they hope to keep up their home record for this season.

Related Topics:ArsenalRob Holding
Up Next